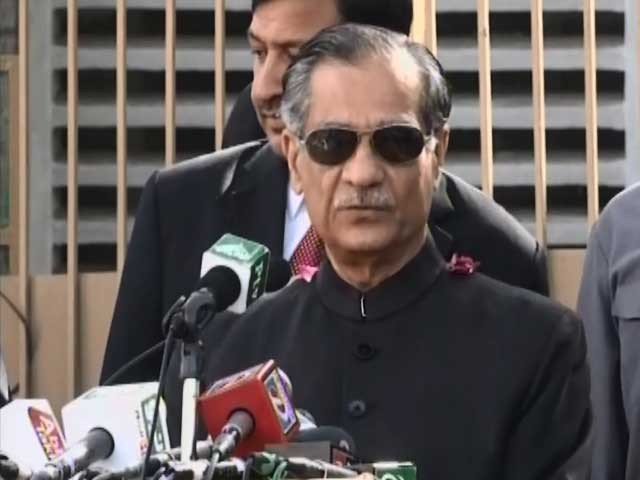 The Chief Justice of Pakistan (CJP) Mian Saqib Nisar said the government should work to its full potential and prospects of swift progress are surfacing after his recent meeting with Prime Minister Shahid Khaqan Abbasi, Express News reported.

A three-judge bench, headed by the the chief justice, resumed hearing the case of provision of necessities to state-owned hospitals. Additional Attorney General (AAG) informed the court that appointment of heads of PIMS and other state hospitals will be again sent to the respective cabinets for approval and court orders will be acted upon swiftly.

The CJP also remarked that there will be no more interruptions in the approval of summaries.

“I met the prime minister yesterday, and there will be rapid progress in matters now,” he said.

Nisar further directed the secretary of Capital Administration and Development Division to swiftly appoint the heads of public hospitals. “If the progress is slowed or delayed, then on the basis of merit, we shall be appointing the heads,” the CJP said, adding that henceforth, the coming government will stabilise progress on their arrival.

“Let the government work, we will assess later whether the people they deploy are good or not,” he added, adjourning the hearing until next week.