She launched a photo exhibition to mark the 70th anniversary of the opening of Australia’s resident diplomatic mission in Karachi.

“Asalamalaikum, and a very warm welcome on this very warm Karachi evening,” greeted Adamson, while speaking about the cordial relations that have been maintained between Australia and Pakistan.

“This evening we are taking the opportunity, as we have already done in Islamabad and Lahore, to celebrate our annual national day which takes place during springtime. This year, we wanted to blend our celebrations by marking 70 years of our formal relations with Pakistan,” she said.

“The photos in this exhibition tell the story of how the relationship has developed since 1948,” she said. 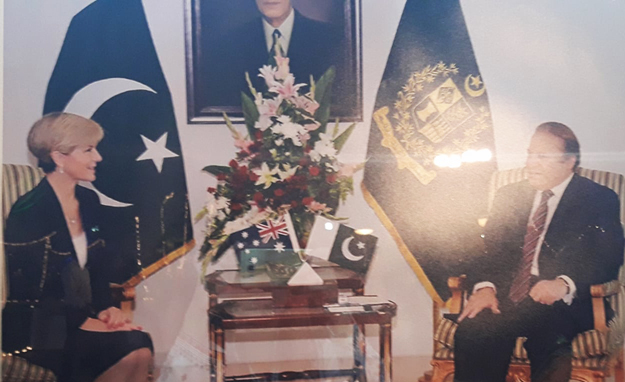 The images were drawn from a wide range of Australia-Pakistan engagement spanning development cooperation and humanitarian assistance, defence, education, sport, trade and cultural ties, as well their people-to-people linkages, 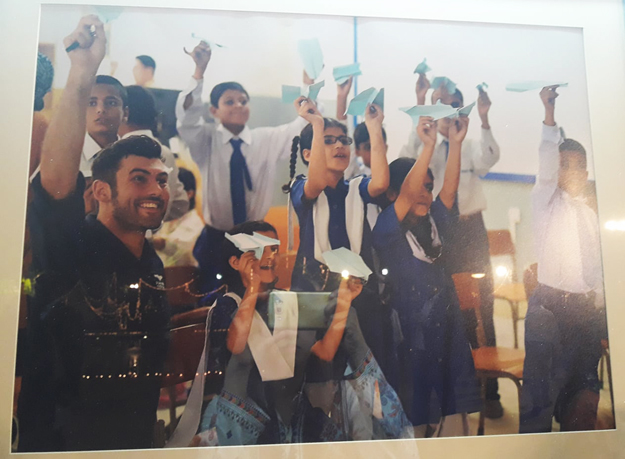 Commenting on the centrality of Karachi’s location to the diplomatic momentum, she said, “It [Pak-Australia relations] started here in Karachi. It was in Karachi in 1948 when Australia opened its first high commission to Pakistan,” she said.

Adamson recounted the historical and cultural significance of the two nations, saying that the two countries share a number of features, from their commonwealth heritage and climatic and water challenges to their ethnic and cultural diversity.

“Our formal linkages are as old as Pakistan is. Our people-to-people links stretch back to the 19th century when Cameleers voyaged to Australia to help build original community corridors across our own continent,” she shared. 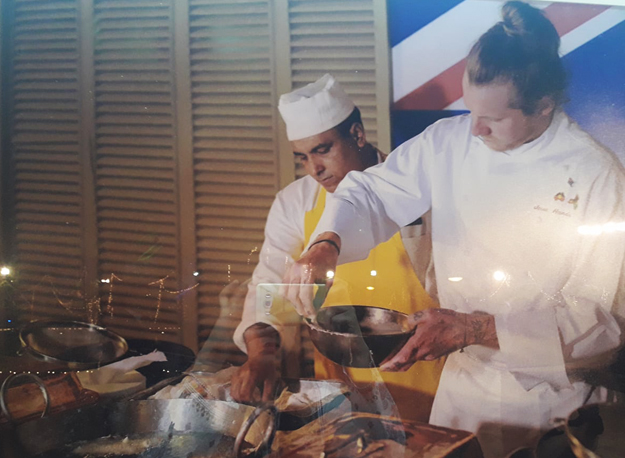 Terming the cultural influence of Pakistan on Australia over the years as a large debt on Australia, the high commissioner said that the influence has endured till today with a very proud population of some 60,000 Australian Pakistanis.

Referring to the Australian premier’s remarks, she said, “Malcolm Turnball calls Australia a nation both ancient and modern, old and new.”

“Our country is the world’s oldest land mass and our Aboriginal and Torres Strait Islander peoples have inhabited the land for some 65,000 years. Theirs is truly the oldest continous culture,” she added.

Drawing a comparison between the two communities she said, “Whereas, Pakistan is also home to ancient civilisations, most famously the sophisticated Gandhara kingdom, from which time and since, Pakistan enjoys rich cultural diversity and heritage, both built and living, for which Pakistan is the custodian, for mankind.”

“Sports, of course, is a shared passion for both our countries. Cricket quite clearly is the iconic passion of a national sport shared by our sets of citizens,” she expressed.

Rejoicing her experience of the Pakistan Super League’s (PSL) finale, Adamson said, “I was delighted to attend the [PSL] final and indeed congratulate Pakistan.”

“Karachi happens to be the last port of call for another upcoming sports event,” she added.

Sharing that the trade and investment relationship between the two countries was moving in a positive direction, Adamson commented that the business communities in both countries are paying more attention to each other.