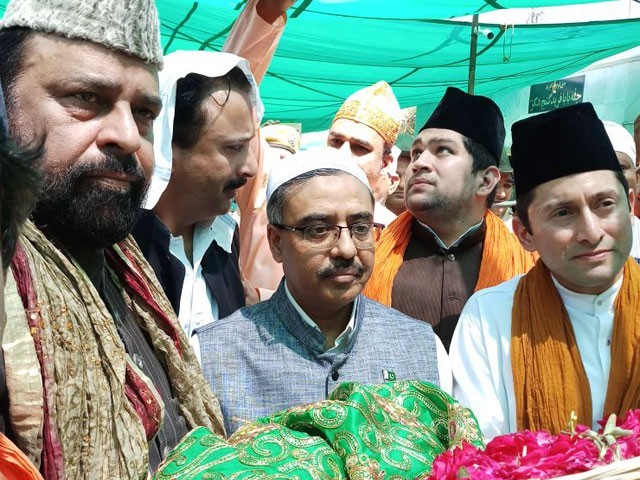 The diplomat laid a floral wreath at the grave of Hazrat Khwaja Syed Moinuddin Hasan Chishti (RA) on behalf of the people and government of Pakistan.

Speaking on the occasion, Mahmood stated that Hazrat Moinuddin Chishti has been a powerful symbol of love, light, spirituality and harmony for centuries.

Earlier, the High Commissioner was received by Syed Natiq Chishti and Syed Bilal Chishti as well as other members of the Anjuman Moinia Fakhria Chishtia Khuddam Khwaja Sahib.

Hazrat Chishti, also known as Khwaja Gharib Nawaz, is one of the greatest Sufi saints. His Urs is celebrated every year with traditional zeal and fervor and is attended by devotees from different parts of the world, including Pakistan.

The saint is known for his love of humanity and values, teachings and practices of peace, unity, tolerance and harmony.