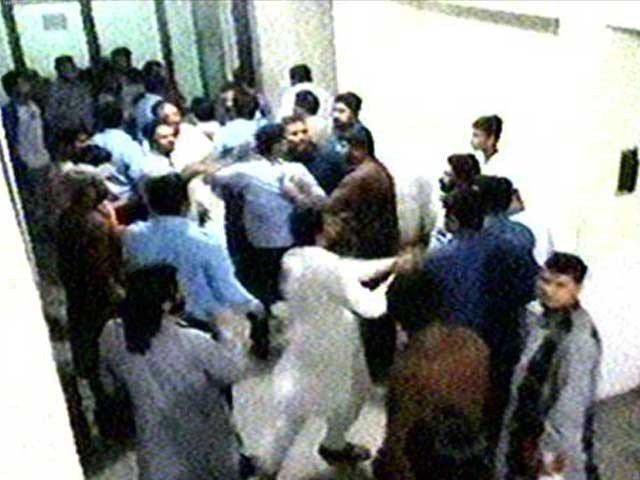 LAHORE: A Lahore man died of cardiac arrest on Tuesday following a scuffle at the city’s Services Hospital.

A heated argument erupted between Sunil and hospital staff after his sister was admitted to the facility. The men later came to blows. Sunil reportedly died of cardiac arrest following the brawl.

A guard was also injured in the episode. His condition is said to be serious. The injured is a retired policeman.

Hospital staff reportedly boycotted work following the incident.  The body of the deceased has been sent for an autopsy. An FIR of the incident has been registered. Services Hospital administration has constituted a committee to probe the incident.