The develo­pment has nothin­g to do with addres­sing the key issues facing the state or societ­y
By Dr Raza Khan
Published: March 23, 2018
Tweet Email 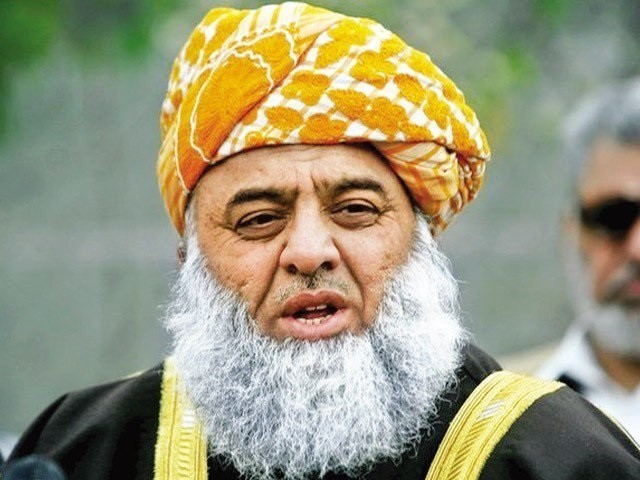 After remaining in abeyance for almost a decade, the umbrella grouping of religio-political partie — the Muttahida Majlis-e-Amal (MMA) — has been revived. It may seem a very important political development on the political chessboard a few months before the national elections. However, looking deep into the reasons for the MMA resurrection it would appear the move is entirely motivated by power politics and vested group interests of the parties which are part of the alliance and individual or family interests of their leadership. The development has nothing to do with addressing the key issues facing the state or society.

The parties that have decided to revive the MMA are the Jamiat-Ulema-e-Islam-Fazl (JUI-F), Jamaat-e-Islami Pakistan (JI), Jamiat-e-Ahle-e-Hadith (JAH), Jamiat-Ulema-e-Pakistan-Noorani (JUP-N) and Tehreek-e-Islami (TI). The fundamental objective of reviving the MMA is aimed at winning as many seats in the National Assembly and provincial legislatures as possible so as to improve their bargaining position to join coalition governments at the federal and provincial levels. The MMA first emerged as a reaction to the US-led North Atlantic Treaty Organisation’s ousting of the Afghan Taliban regime in Afghanistan in the wake of al Qaeda’s terrorist attacks on the American mainland on September 11, 2001, owned by Afghanistan-based al Qaeda. Thus the raison d’être of the MMA was not political and its objectives have never been to achieve these objectives. The MMA was conceived from the Afghan Defence Council, formed by Pakistani religious parties to protest the US occupation of Afghanistan. However, just before the 2002 national elections in Pakistan, the council was transformed into an electoral alliance and named it as the MMA.

It is widely believed that the then military regime of General Pervez Musharraf rigged the 2002 national elections in favour of the MMA and handed more than 50 National Assembly seats and a majority in the provincial assembly of Khyber-Pakhtunkhwa. General Musharraf helped the religious parties of Pakistan to stage an unprecedented electoral victory so as to use it as a bugbear to frighten the US and the West so that they should not emphasise installation of a democratic set-up in Pakistan as in this event anti-US and anti-West forces in the shape of MMA could sweep the elections.

Nevertheless, the MMA was allowed to form the government in the K-P province by the Musharraf regime as he wanted to keep the US and Western countries apprehensive and portraying him as an obstacle in the way of anti-Western elements. But during its five-year tenure the MMA proved to be ineffective in the province and not a single mega project could be initiated under it. Minus Musharraf’s paternalism plus vested interests of religious party leaders and sectarian disagreements resulted in the dilution of the alliance. The MMA was also blamed for facilitating Taliban groups, which were then rearing their heads to organise and thrive. Therefore, it did not surprise many that the same year the Tehreek-e-Taliban Pakistan (TTP) emerged, the MMA also vanished,. Today if the MMA has been resurrected its timing suggests that it is merely for electoral gains.

Insofar as the electoral prospects of the MMA in the next election are concerned they do not seem to be very bright. The situation prevailing in Pakistan today is far different from what it was in 2002. The Afghan Taliban have offered peace talks to Washington, there is no military regime there while most importantly there is no political programme or agenda of the MMA. The only argument which the JUI-F had on the occasion of MMA’s revival was that Pakistanis have never voted religious parties to power and the secular parties they have been voting for could neither address the fundamental issues of society nor come up with models of good governance. So the only option left for the people is to attempt an Islamic system of governance, whose purveyors are the religious parties. One does not think that this argument has many buyers today after the unprecedented wave of terrorism by the TTP in the name of religion.

The truth is whether it has been the JUI-F, JI, JAH, JUP and other religious outfits, they have been part of one or other government and regimes, including military dictators, who never qualified to be Amir-ul-Momineen. These parties remained only in government to enjoy the perks and privileges of worldly power. Religious parties always remained junior partners of secular parties like the PPP, PML-N and others. In this role they never could think of enforcing Sharia but they still chose to be a part of the government.

The JUI-F and JI genuinely fear that their political constituency would be further eroded by the sweeping political challenge from the PTI in K-P and Fata, if not Balochistan. The PTI and its chief, Imran Khan, flippancies notwithstanding, have challenged religious parties in unprecedented ways. By throwing down the gauntlet to these parties, Imran has won a lot of liberal admirers and this resulted in the defeat of JUI-F candidates in its traditional strongholds of Dera Ismail Khan, Tank and Bannu districts of K-P. Whereas the PTI has been slowly gaining ground in the political fortress of JI in Dir and Buner districts of the province.