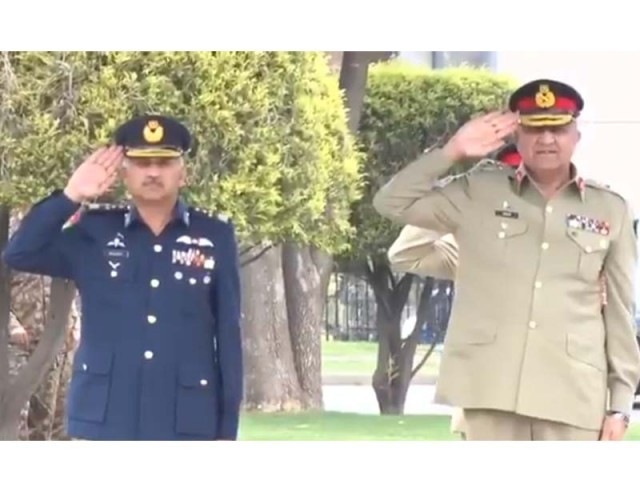 According to the Inter-Services Public Relations (ISPR), matters of professional interest came under discussion during the meeting.

Gen Qamar felicitated the air chief on taking the reins of the Pakistan Air Force. On his arrival the air chief laid a floral wreath at the Yadgar-e-Shuhada and offered prayers for the martyrs.

A qualified flying instructor from the Air War College and a graduate of National Defense University, Khan is a recipient of the Chairman Joint Chief of Staff Committee gold medal, the coveted sword of honor and the best pilot officer laurel.

A formation of JF-17 fighter jets presented a guard of honour to outgoing ACM Sohail Aman on the occasion. Aman hailed the PAF as an exemplary force and said he took great pride in having served as an airman.