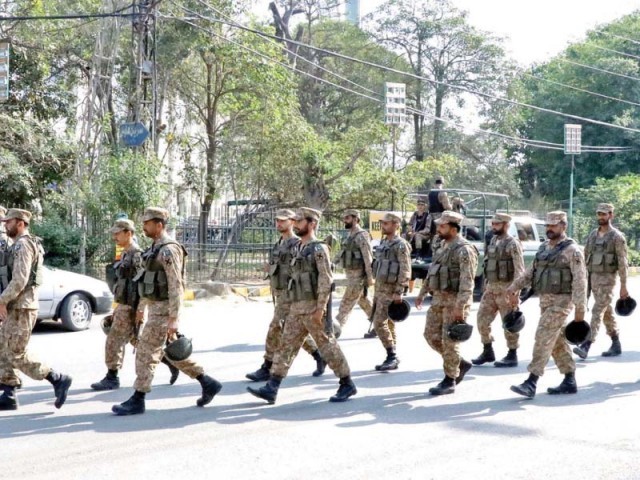 LAHORE: As the city lights up to welcome Pakistan Super League (PSL) players, the complaints of commuters and residents living near Qaddafi Stadium have started piling up.

While TV programmes blast visuals expressing the enthusiasm of the nation and soldiers take their positions outside the stadium, those living near the venue suffer as a result of the strict security measures.

As part of the security measures for PSL, streets and shops within a radius of approximately three kilometres from Qaddafi Stadium will be closed down. Traffic on Ferozpur Road, starting from Muslim Town to Kalma Chowk and Main Boulevard Gulberg from Hafeez Centre to Kalma Chowk, will be stopped.

Hundreds of thousands of commuters who travel on these two roads on a daily basis will pay the price for the cricket matches. Restaurants, shops and other business activity around Qaddafi Stadium, Liberty Market, Hafeez Centre and Siddique Trade Centre will also be affected, not to mention the residents of areas around Garden Town, Qaddafi Stadium and Barkat Market.

Speaking to The Express Tribune, Rahul Khokar, a class-IX student who lives near the stadium, said he was worried as he had to travel to Government Model High School for his exams. He expressed that he did not know how to make it there and back without facing difficulties. Past experiences of the same situation have been very bad, he added. Police officers stationed at checkpoints would not permit them to drive by or pass through entrance points.

Another resident, Laal Maseeh, said that they were restricted to their houses and surrounding streets during PSL. Moving inside or outside the locality became difficult. In vehicles, it became near impossible, he said. “Last time, I was coming back from Gajjumatta, but was made to stop on a picket near Punjab University, he recounted. “I had to wait despite showing them a card that stated that I was a resident of the locality”, he said.

Women on Wheels to make an entry at PSL semi-final

Ramzan Ahmad, who runs a photocopy shop in Hafeez Centre, also expressed anger over the closure of his business. I am a poor man, who will reimburse me for the financial loss I will suffer, he lamented.

Residents also alleged that police carried out search operations in the middle of the night when they would barge into homes and demand to see documentation.

Furthermore, policemen also expressed their annoyance. Constable Nisar Ahmad* said that they had been positioned on duty a day earlier than necessary. It becomes frustrating because we have to be on duty indefinitely, he expressed. Long hours in the sun coupled with unfulfilled needs makes for really unhappy officers, he said. 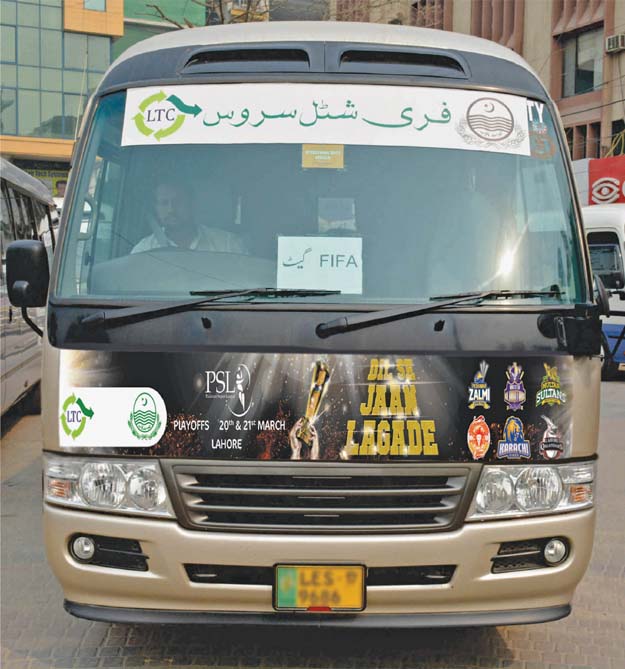 The service, which will operate for two consecutive days, will transport cricket enthusiasts from designated parking spots to the stadium. LTC has appointed 30 air conditioned buses and five air conditioned vans to facilitate the public so that they can travel in a safe shuttle service free-of-cost.

Officials from LTC operations and enforcement wings will be available at various places to assist the general public. In addition, bus sheds under LTC located at Jail Road, Canal Road and Main Boulevard Gulberg, will be colourfully decorated to welcome domestic and international cricket players who are participating in PSL.

*Name has been changed to protect their identity