Bin Laden in Pakistan: ‘Rogue ISI, army men may have known of hideout’

Bin Laden in Pakistan: ‘Rogue ISI, army men may have known of hideout’ 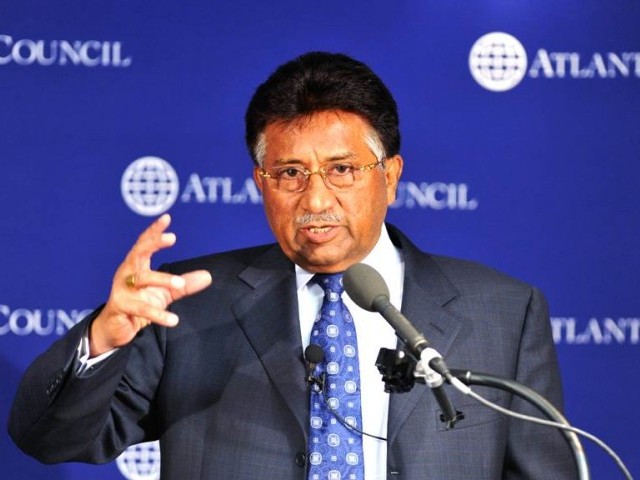 An investigation is in order and people must be punished for this big lapse, says former president.

Former president Gen (retd) Pervez Musharraf has said that it is possible that rogue members of the Inter-Services Intelligence (ISI) and the military knew of Osama bin Laden’s hideout in Abbottabad.

“As a policy, the army and the ISI are fighting terrorism and extremism, al Qaeda and the Taliban. But rogue elements within are a possibility,” Musharraf said in an interview with ABC News Chief Law and Justice Correspondent Chris Cuomo. “As I said, at the lower level, somebody following a policy of his own and violating the policy from above is a possibility.”

Echoing a previous statement that he gave to Pakistani expatriates in Dubai, Musharraf said he was appalled that he hadn’t known of Bin Laden’s hideout and that intelligence operatives since then remained unaware.

“There is no excuse for this massive slip-up. An investigation is in order and people responsible must be punished,” he said. Musharraf said that he agreed with Pakistan’s refusal to allow the US back into Bin Laden’s compound. “No government can accept a violation of its sovereignty,” Musharraf said.

However, Musharraf warned that if the US continues to alienate Pakistan as they did in the Bin Laden raid, the US will lose. “The feelings of mistrust are mutual. What kind of friend does not take you into confidence?” he said.

This is not the first time the former army chief has accused ‘rogue’ members of the ISI. He has been earlier quoted in October 2006 saying that those who were at the forefront of the agency during the ‘Afghan jihad’ might be helping the Taliban. Back then it was widely believed that he was referring to the controversial former DG ISI Hamid Gul, who is considered to be the architect of the Taliban.

According to Wikileaks, Gul maintains links with the ISI and does all the dirty dealings on its behalf, a charge which he vehemently denies. Gul told The Express Tribune that Musharraf was ‘a liar,’ who was desperately trying to shift blame on others for the mess he created in the first place.

Repeatedly calling Musharraf ‘a sell-out’ and ‘a complete failure,’ he said: “The former president talks about compromising sovereignty when the fact is that he was the one who allowed the Americans to begin drone strikes in the country; he was the one who allowed US special forces and their countless security contractors to set up bases here and granted them immunity in the first place.”

Gul called for an independent judicial commission to probe the Abbottabad debacle. He added that he had nothing to hide. “I’m speaking the truth that is why I’m here among the people in my own country. Not like Musharraf.”