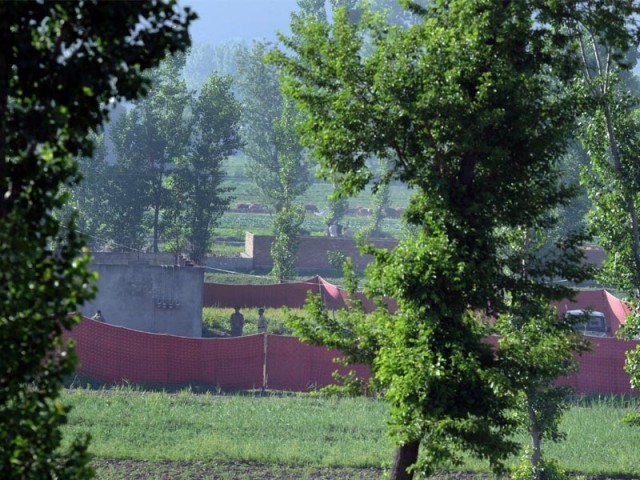 Pakistan will allow US investigators access to the widows of Osama bin Laden only if Washington shares with it a huge stash of material seized from the al Qaeda leader’s hideout in Abbottabad.

US investigators, who are sifting through a trove of data recovered during the May 2 top-secret swoop by US Navy SEALs, want to question Bin Laden’s wives as they seek to trace his movements and his network. The White House says granting American investigators access to the women could help counter growing mistrust between them.

“The United States expects to be granted access soon,” a US official told AFP on Tuesday, but did not give details. Another American official told Reuters that Pakistan appeared ready to grant access to Bin Laden’s wives.

CNN quoted Interior Minister Rehman Malik as saying that the American request would be granted. But security officials in Islamabad deny such reports. “No decision has been taken yet at this stage,” said a security official, who requested not to be identified.

The US request will be accepted if they share with us the data seized by the US special forces from the Abbottabad compound.  “We will provide them (US) access if they meet our demand,” he added but was not hopeful if Washington would agree to this “quid pro quo”.

Another official was more candid. “If the CIA is not forthcoming to provide us with the information we are asking for then why should we accept their demand?” he added.

The Foreign Office, however, insisted that it had not received any US request seeking access to the widows of Bin Laden.

Foreign Secretary Salman Bashir told reporters in Islamabad that the US should make a formal request if it wanted to question Bin Laden’s wives. “The family is under treatment, they are under protective custody,” he said.

According to the Pakistani officials, the three wives – one Yemeni and two Saudi nationals – and their children will be repatriated to their respective countries after the completion of investigations. Foreign Office spokesperson Tehmina Janjua, however, said Yemen and Saudi Arabia had not asked that they be extradited.

Bin Laden’s Yemeni wife was shot in the leg by US commandos as she tried to protect her husband moments before he was killed in the covert operation.

She reportedly told the Pakistani investigators that before moving to the compound in Abbottabad they had lived in Chak Shah Muhammad, a small village in Haripur district, for two-and-a-half years.

Bin Laden’s presence in Pakistan for so long has raised suspicion among the US administration officials, with CIA chief Leon Panetta blaming Islamabad for being complacent or incompetent.

The New York Times reported that the US government wanted to know whether, and to what extent, the Pakistani government, intelligence or military officials were complicit in hiding Bin Laden.

And his widows could be critical to that line of inquiry because they might have information about the comings and goings of people who were aiding him.

In his policy statement, Prime Minister Yousaf Raza Gilani on Monday termed the allegations of complicity and incompetence as “absurd”.

The US State Department, meanwhile, struck a positive note, saying it was making “progress” in obtaining more information from Pakistan on Bin Laden.

“We continue to work with Pakistan to make sure we have access to any information that could contribute to our common goal, which is to continue our counterterrorism cooperation,” said State Department spokesman Mark Toner.

“We believe we’re making progress and we’re optimistic that we’ll be able to work through any obstacles and increase our information sharing.”

Toner declined to comment on Bin Laden’s wives. But he did indicate that “we’re making progress on not just this issue but on a range of issues in terms of information sharing”.

(With additional input from wires)