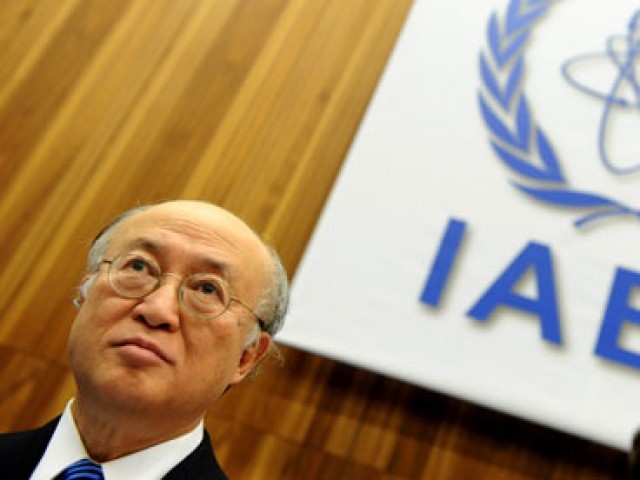 KARACHI: Nuclear security has been the heart of international debate since the inception of nuclear technology.

Being a nuclear-armed country, Pakistan has often been subjected to unwarranted criticism about its nuclear safety record.

However, International Atomic Energy Agency (IAEA) Director-General Yukiya Amano was highly impressed by the standards Pakistan is maintaining at the various civilian nuclear facilities and installations he visited.

Amano, while addressing a seminar in Karachi, said: “Your country [Pakistan] is an experienced user of peaceful nuclear technology.”

The IAEA chief, while summing up the visits he made during his three-day trip, said, “Everywhere [I went] it was clear you [Pakistan] have the knowledge and the pool of people who are dedicated to do this job.”

He also highlighted the role nuclear technology plays in our daily lives, for example in the production of food, tyres and many other things.

“Nuclear technology plays a much greater role than many people realise,” said the Japanese diplomat.

Amano also talked about the various health facilities he visited during his trip and said the clinics in Pakistan are very advanced.  He also shared that the IAEA is helping Pakistan develop a national cancer control programme.

The IAEA DG was also taken to the under-construction K-II and K-III nuclear plants on his three-day trip.

While speaking about his visit to the under-construction facilities, the IAEA chief remarked, “You [Pakistan] are taking a lot of care for the safety and security of the plants.”

Amano, while concluding his speech said, “Your country needs more energy and is committed to nuclear security at all levels and it is most importantly cooperating with the IAEA.”

Earlier, Director General of the Security Division at the Foreign Office Dr Zafar Ali highlighted Pakistan’s long journey on the peaceful use of nuclear energy.

Ali, in his address, made a pitch about Pakistan’s inclusion in the Nuclear Suppliers Group (NSG). The diplomat said that Pakistan’s desire to join the NSG stands on solid grounds of technical experience and well-established commitment to nuclear safety.

The DG concluded by saying, “The NSG would be better off with Pakistan inside rather than outside.”

The seminar was jointly hosted by the Pakistan Institute of International Affairs and Centre for International and Strategic Studies.