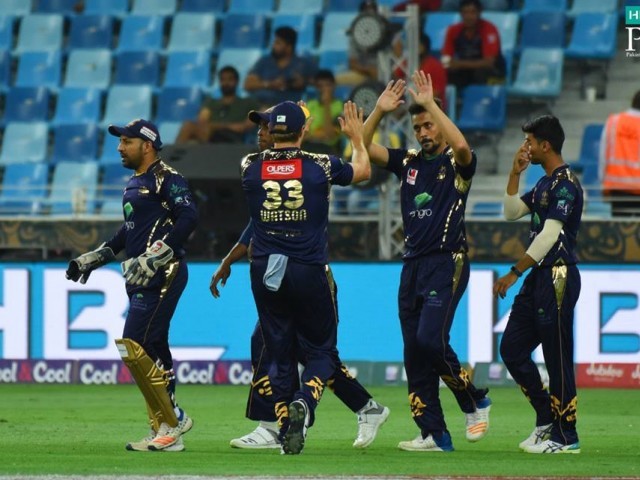 BEST VERSUS WORST: Quetta and Lahore clash with one team on top the table while the latter at the bottom of the table with only two wins from eight matches. PHOTO COURTESY: PSL

The 26th match of the tournament promises a lot of excitement as an already eliminated Lahore side has won two matches on the trot against PSL3’s two of the best outfits — Multan Sultans and Karachi Kings.

Meanwhile, Quetta are currently placed on the top of the table with 10 points from eight matches courtesy five wins, three losses and a better run rate of 0.587 as compared to Islamabad United (who have the same point but a lower run rate of 0.244).

Across all three editions, Quetta, in their five matches against Lahore, have defeated the Qalandars four times with the only loss coming in their first-ever encounter in the first season.

However, with their best pace signing of the season, Jofra Archer, leaving early, Quetta are now counting on the expertise of English batsman Roy, also known as the ‘Machine Gun’ for his prolific power hitting.

Vice-captain Asad Shafiq believes the right-handed batsman will be a valuable addition to the team, even if he joins them for the two remaining league matches.

“Our strength in batting is here and Roy will be helping us in the rest of the two matches before the tournament moves to Lahore,” Quetta vice-captain Shafiq told The Express Tribune. “Our top order is already strong but his presence will strengthen our bating further make it invincible.”

Roy, recently back from the Australia-New Zealand series, has become Shafiq’s pick as the player who can guide Quetta to victories against Lahore and Islamabad.

“All team member are happy to have him on board and now we feel stronger than before and hope to win the remaining two matches to end on the top of the league table,” he said.

Lahore Qalandars’ vice-captain Fakhar Zaman says team wants to win the remaining matches to end the tournament on a high.

“We failed to the momentum at the right time, but now, as we have found it, so I want us to win the remaining two matches and end the tournament on a high,” said Zaman. “Our young guns are performing now and the seniors are also in form, including myself, and that is why we are bagging wins against tough teams.”

Zaman continued by promising to not let Quetta lose on Wednesday. “Quetta is one of the toughest teams every season and they have been performing well this time around too, but now we don’t want to let any team lose and want to win every remaining match,” he said.