No security clearance yet for Chinese firm working on Gwadar port

No security clearance yet for Chinese firm working on Gwadar port 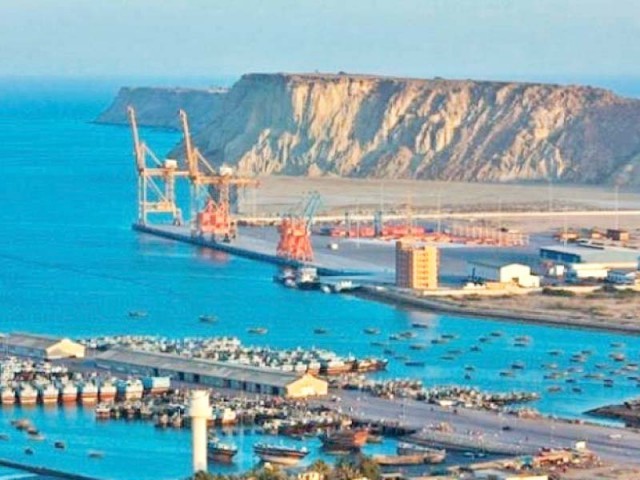 ISLAMABAD: A parliamentary panel on Tuesday ordered the launch of a probe to determine the real origin of a Chinese company that is developing the ‘pearl’ of China-Pakistan Economic Corridor (CPEC) after the government admitted that the company did not have the security clearance to work in Pakistan.

He was speaking before the National Assembly Standing Committee on Finance that met to discuss the registration of COPHC-Pakistan.

Pakistan Tehreek-e-Insaf’s Member National Assembly (MNA) Asad Umar had taken up the issue after a newspaper revealed that COPHC-Pakistan was a company of unknown credentials. The article claimed that so-called parent company of COPHC-Pakistan, China Overseas Ports Holding Limited, was a one-room company, registered in Hong Kong.

The committee asked the SECP to review the security clearance issue of COPHC-Pakistan.

“It is alarming that the government allowed COPHC-Pakistan to operate Gwadar port without first giving it security clearance certificate,” Umar said, adding Federal Interior Minister Ahsan Iqbal, who had been engaged in CPEC planning, should have taken up the issue.

China is developing Gwadar port as a strategic and commercial hub under its Belt and Road initiative that promises shared regional prosperity. CPEC is one of the many arteries of the initiative.

In 2013, Pakistan handed over Gwadar port to the Chinese company by revoking a deal with a Singaporean company that could not develop the port after taking it over in 2007. In 2016, Pakistan approved sweeping tax concessions for COPHC-Pakistan.

Pakistan has handed over Gwadar port under a concession agreement for 43 years.

The SECP on Tuesday also presented documents to the standing committee. Its papers showed that three directors of the company held only three shares – one each for the three directors – and the rest out of a total of 10 million shares were owned by COPHC Limited based in Hong Kong.

Moreover, COPHC being the holding company requested the SECP registrar for approval of registration of the COPHC-Pakistan name in August 2014. Mandviwalla & Zafar Advocates and Legal Consultants declared on behalf of COPHC that the company would be a subsidiary of COPHC, according to the SECP documents.

The SECP said when the interior ministry did not give the security clearance certificate, the regulator proceeded with incorporation of the company after taking standard undertaking from COPHC-Pakistan.

For two years, the company did not file its annual audited accounts and the SECP then served a show-cause notice on February 9, 2017 for not filing the accounts and other updated documents.

COPHC-Pakistan is the second Chinese company whose affairs are being investigated by a parliamentary body. Earlier, the National Highway Authority (NHA) chairman admitted before the Senate Standing Committee on Finance about the irregularities committed in the case of a company working on a road project.

NHA Chairman Jawwad Rafique Malik stated that concessions worth roughly $200 million given to China State Construction Engineering Company were not part of the original bid documents floated for the construction of the 392km Multan-Sukkur road section.