Public rally held to 'honour' th releas­e of a suspec­t in the Mashal Khan murder case
By Our Correspondent
Published: March 9, 2018
Tweet Email 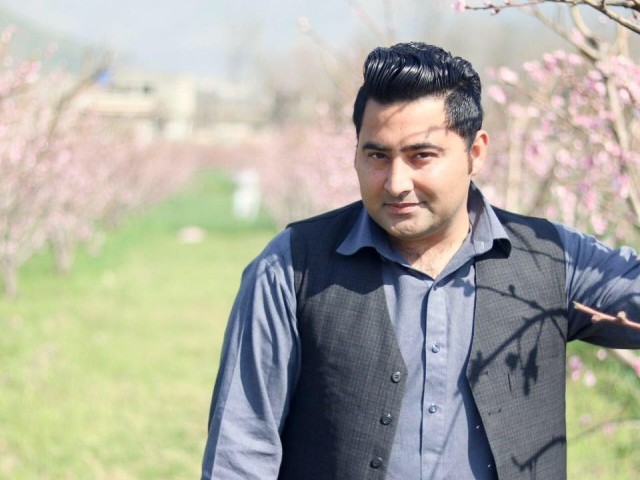 SHABQADAR: A local leader of a major religious party on Thursday said that they will not allow anyone to commit blasphemy in Pakistan. This was stated by Jamiat Ulema-e-Islam-Fazl (JUI-F) Provincial GS General Secretary Maulana Shaujaul Mulk in Charsadda on Thursday at a public rally held to ‘honour’ the release of Shahab Khan, a suspect in the Mashal Khan murder case.

Since the release of suspects who were taken in for questioning, political workers of two religious parties in Mardan, Jamiat Ulema-e-Islam-Fazl (JUI-F) and Jamaat-e-Islami (JI), have welcomed the release of 26 people acquitted in the Mashal Khan lynching case, terming them ‘heroes’.

Led by JUI-F provincial leader and former Member of National Assembly (MNA) Shujaul Mulk and JI leader Maulana Attaur Rehman, the workers gathered at Mardan Motorway on 7th February to welcome the acquitted, who were released from Haripur jail.

One of the released, namely Izaz Khan, also issued a threat as he addressed workers from atop a stage, showing no remorse as he vowed to strictly punish those who commit blasphemy in the future.