Iran woman gets two years in prison for removing veil

Iran woman gets two years in prison for removing veil 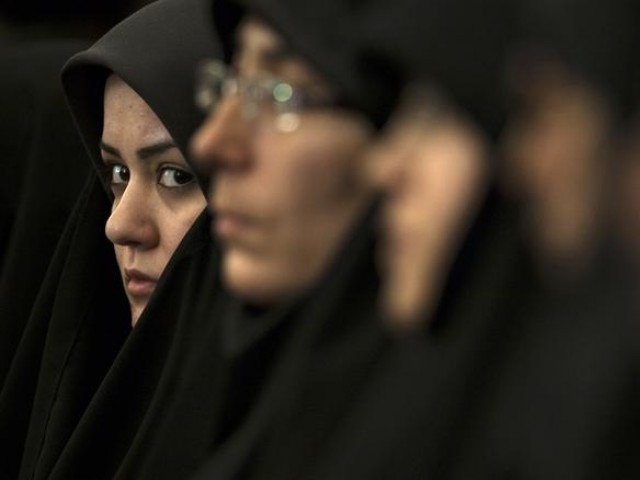 TEHRAN: A woman who publicly removed her veil in protest against Iran’s compulsory headscarf law has been sentenced to 24 months in prison, three months without parole, the judiciary said Wednesday.

Tehran’s chief prosecutor Abbas Jafari Dolatabadi, who announced the sentence, did not give the woman’s identity but said she intended to appeal the verdict, the judiciary’s Mizan Online news agency reported.

The woman “encouraged moral corruption” in public, he said, criticising the light nature of the sentence and saying he would push for the full two-year penalty.

More than 30 Iranian women have been arrested since the end of December for publicly removing their veils in defiance of the law.
Most have been released, but many are being prosecuted.

Iranian law in place since the Islamic Revolution of 1979 stipulates that all women, Iranian or foreign, Muslim or non-Muslim, must be fully veiled in public at all times.

But the zeal of the country’s morality police has declined in the past two decades, and a growing number of Iranian women in Tehran and other large cities often wear loose veils that reveal their hair.

In some areas of the capital, women are regularly seen driving cars with veils draped over their shoulders.

Dolatabadi said he would no longer accept such behaviour, and had ordered the impound of vehicles driven by socially rebellious women.

The prosecutor said some ‘tolerance’ was possible when it came to women who wear the veil loosely, “but we must act with force against people who deliberately question the rules on the Islamic veil”, according to Mizan Online.