Activi­sts lash out at PPP leader­s, accuse them of corrup­tion, broken promis­es.
Published: May 10, 2011
Tweet Email 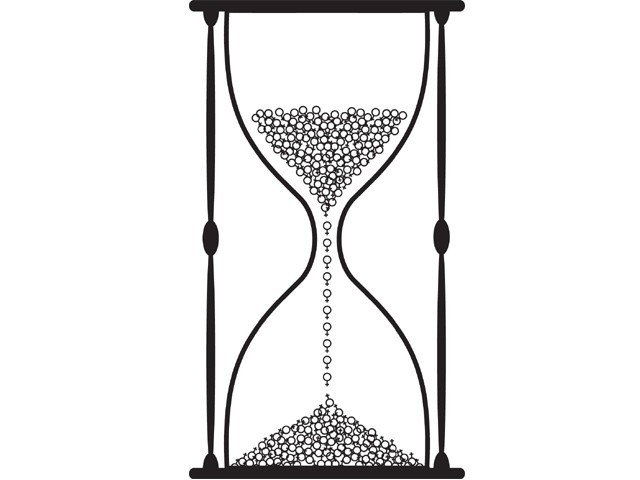 The defunct Peoples Amn Committee (PAC) has given the government three days to bring peace to Lyari and start an inquiry against ‘corrupt’ elected representatives.

On Monday afternoon, several members of the PAC and other residents of Lyari gathered at the Lyari Town office to march towards Chief Minister (CM) House. They were protesting the worsening law and order situation in their neighbourhood.

However, the protesters decided to postpone their march to CM House after the authorities assured them their demands would be met. According to the original schedule, the protesters had to stage a demonstration outside the press club after which they would have marched to CM House. However, their protest did not go beyond Lyari as the PAC officers received phone calls from Pakistan Peoples Party leaders – the information minister, Sharjeel Memon, PPP Karachi president Najmi Alam and Waqar Mehdi. South Zone DIG Iqbal Mehmood also reached the town office to calm down the activists.

“We did not cancel our protest. We only postponed it after the assurance of the PPP leaders,” said Shahidur Rehman, former president of the defunct committee. The people of Lyari will take to the streets again if their demands are not fulfilled within three days, Rehman warned.

The crowd at the town office included women and children who were quite at ease with the tension that gripped most of the neighbourhood. A large number of law enforcers were called in but no fighting was reported.

“These elected representatives are not playing their role in restoring peace and starting development works in Lyari,” said Baloch. “We [the people of Lyari] elected them but they are not doing anything for Lyari and its people.” He also lashed out at Rafiq Engineer for breaking his promise. “Nearly two months ago, Rafiq Engineer told the media that he would shift his house to Lyari within two days. Look at how much time has been passed and he has still not shifted. This proves he is not sincere with the people of Lyari.”

These elected men give briefings to the CM about development works in Lyari but these funds are never spent here, Baloch argued. “A few development projects were carried out in Lyari but only with the special funds of President Asif Ali Zardari,” he said.

Baloch felt their representatives are involved in corruption because, “their assets have increased manifold while they did nothing for their supporters. An inquiry should be conducted against them.”

Meanwhile, Rehman insisted that ‘some forces’ are trying to destabilise Lyari’s peace.

He vowed to disclose the names of the conspirators to the CM in three days. “They [the party leaders] assured us that they will meet us with the CM to discuss the issues within three days. Otherwise they should know, what we will do on the roads.”