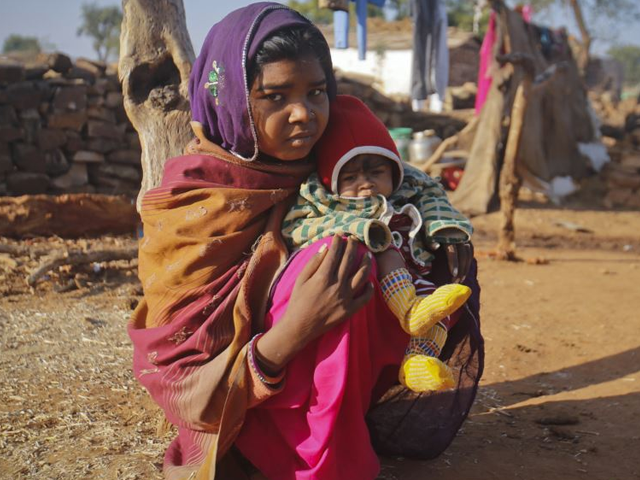 MUMBAI: The proportion of girls getting married in India has nearly halved in a decade, the United Nations children’s agency Unicef said on Tuesday, which has contributed significantly to a global decline in child marriage.

Unicef said 25 million child marriages were prevented worldwide in the last decade, with the largest reduction seen in South Asia – where India was at the forefront.

“India constitutes more than 20 per cent of the world’s adolescent population and accounts for the highest number of child marriages in South Asia given its size and population,” said Javier Aguilar, Unicef’s chief of child protection.

“In the current trend, 27 per cent of girls, or nearly 1.5 million girls, get married before they turn 18 in India. This is a sharp decline from 47 per cent a decade ago,” he told the Thomson Reuters Foundation.

“Given the life-altering impact child marriage has on a young girl’s life, any reduction is welcome news, but we’ve got a long way to go,” Malhotra said.

Campaigners and officials attributed the drop in child marriages to better access to education for women and increased public awareness on the negative impact of child marriage.

Unicef estimates that 12 million girls a year are married globally, and says more is needed to end the practice by 2030 – the target set under the UN’s Sustainable Development Goals.

Unicef’s conclusions on India came after comparing data from its 2006 and 2016 health survey that asked women in the 20-24 age group whether they had married before they turned 18. It also took into account child marriage data from the 2011 census.

The legal age of marriage in India is 18 for women and 21 for men. Last year the Supreme Court ruled that sex with an underage wife constituted rape.

India’s Prohibition of Child Marriage Act imposes a fine of 100,000 Indian rupees ($1,535) and two years in prison for parents caught trying to marry off their underage children.

Despite the law, child marriage remains deeply rooted and accepted in society, and is widespread in parts of the country.

Mahesh Bhagwat, police chief of Rachakonda district in Telangana, where child marriage is widespread and where wedding hall decorators and priests were enlisted last year to help combat it, said the law had made an impact.

“But things are still going on clandestinely,” he said.

“Better awareness of the Supreme Court’s verdict would deter child marriages, and declaring them invalid would strengthen India’s laws against them,” she said.