Why Lahore has become an epicen­tre of abuse of blasph­emy laws
By Peter Jacob
Published: March 5, 2018
Tweet Email 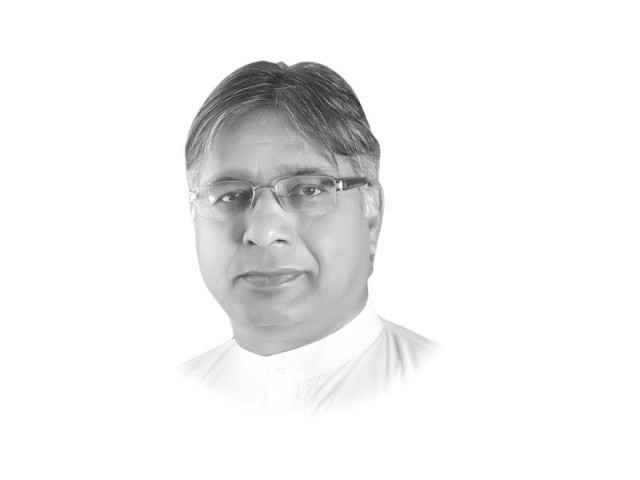 Data compiled by the Centre for Social Justice shows that the district of Lahore has been an extraordinary locus of incidence of blasphemy cases in Pakistan for the past three decades. While 74 per cent of all cases surfaced in Punjab, 173 or over 11 per cent of all occurrences took place in Lahore. Out of 75 persons murdered in connection with alleged blasphemy till January 2018, 14 were in Lahore which includes the assassination of retired high court judge Arif Iqbal Bhatti.

At least four killings occurred in police custody or in jail. The individual stories, of men and women from different faiths, present shocking accounts of mischief and brutality on one side and enormous suffering of helpless victims on the other. As far as impact is concerned, hundreds of people were tortured, jailed, evicted and displaced. Properties worth billions of rupees were destroyed by a so-called angry mob on the Mall Road Lahore in 2006 and in Joseph Colony in 2013, though economic loss is just the tip of the iceberg as compared to socio psychological, political and cultural setbacks to Lahore.

In a stark contrast to the metropolis’s known cultural openness, hospitality and intellectual richness, the people in Lahore are forced to live along the uncomfortable truths of enhanced religious hostility, vulnerability of the minority population alongside the erosion of cultural ethos. Recent studies, conducted by Amnesty International, the International Commission of Jurists and the Human Rights Commission of Pakistan, demonstrate amply that the blasphemy laws are widely abused to perpetrate hate crimes on the basis of religion, settle personal vendettas and to perpetrate economic injustices.

Given that the district of Lahore hosts the headquarters of several religio political, sectarian outfits supporting a narrative based on religious intolerance, it is not difficult to comprehend why Lahore has become an epicentre of abuse of blasphemy laws, etc.

Other factors include the growing new elite and their alienation from social responsibility; eight to 10 per cent minority population which usually becomes a target of hate campaigns; and massive urbanisation has led to social and administrative problems. Recently, Patras Masih of Shahdara Town, Lahore, was accused of forwarding some offensive material on a social media group on 19th February and was charged immediately under section 295-C of PPC. Later, on 22nd February his cousin Sajid Masih was called for investigation by the Federal Investigation Agency. He was found badly injured after he fell from the 4th floor of the FIA building. The police registered a case against Sajid for attempted suicide while Patras was sent to jail. The two accused revealed that the investigators subjected them to torture and forced to engage in sex. Sajid and Patras are illiterate young men of Shahdara, Lahore, working as janitors. A mob gathered once the allegations surfaced. Hence roughly 1,500 Christian families in the locality were forced to flee their homes for safety. The hostility against the families of the accused remains. The complainant in the case against Patras is reported to be affiliated with a sectarian outfit which the investigation agencies found convenient to overlook.

The circumstances involving these cases merit deeper thought from a legal point of view. Shehr Ashob is thematic Urdu poetry used to describe the pain of a city that has gone through any agonising experience. One wonders whether poets in Lahore have considered articulating in a Shehr Ashob what Lahore has gone through.

Whether the painters will be able to paint the fear that dominates sleepless nights of the families facing existential threats? Members of civil society have not given up despite all odds. Lawyers have fought the frivolous cases, hostile social environment and malicious prosecutions for years. So can the people assigned to be the custodians of Lahore summon the courage and wisdom to save it from becoming a graveyard of the innocent people. It is time that the cry of the innocent was heard.

Lessons from the upper house