At joke-filled dinner, Trump suggests US will meet with North Korea

President Donald Trump says "dealing with a madman" is the North Korean leader's problem, not his 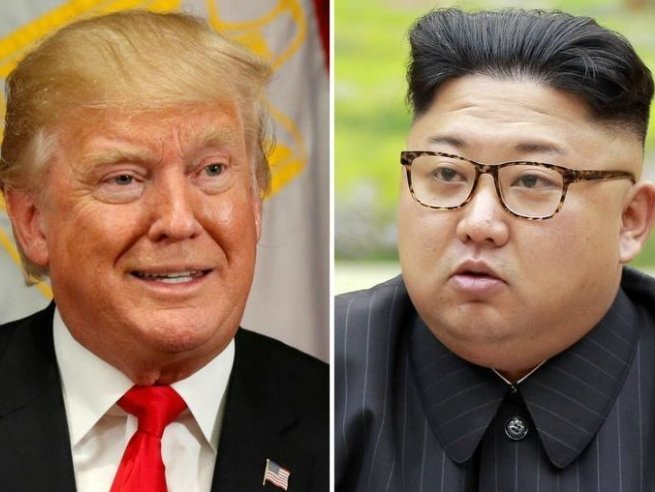 
“Now we are talking and they, by the way, called up a couple of days ago. They said that ‘we would like to talk.’ And I said ‘So would we, but you have to denuke, you have to denuke,’” Trump told attendees at the annual Gridiron Club dinner.

“We will be meeting and we’ll see if anything positive happens,” he added.

It was unclear if Trump was joking or if formal US-North Korea talks were imminent.

“I won’t rule out direct talks with Kim Jong Un. I just won’t,” he said, referring to North Korea’s leader.

Trump did, however, make a joke at his own expense.

“As far as the risk of dealing with a madman is concerned, that’s his problem, not mine,” Trump said.

If a meeting were to come together, it would be the first between the Trump administration and Pyongyang, which are in a standoff over North’s development of nuclear weapons capable of hitting the United States.

Trump’s remarks came shortly before South Korea’s presidency announced on Sunday that a high-level delegation of South Korean officials will travel to North Korea on Monday to discuss improving relations on the peninsula and possible talks between Washington and Pyongyang.

After the two-day visit to North Korea, the special envoys will travel to the United States to brief officials on their discussions in Pyongyang, South Korea’s presidential Blue House said.

Iran calls on US, Europe to scrap nuclear arms, missiles

Last month, US Vice President Mike Pence was scheduled to meet with North Korean officials, including leader Kim Jong Un’s sister, while in South Korea for the Winter Olympics but the North Koreans canceled at the last minute, US officials said in February.

They said the North Koreans had walked away after Pence condemned North Korean human rights abuses and announced plans for new economic sanctions.

Signs of a North-South thaw have prompted speculation that it could lead to direct talks between Washington and Pyongyang after months of tension and exchanges of insults between Trump and Kim, that have fueled fears of war.

North Korea has refrained from carrying out any weapons tests since late November, when it tested its largest intercontinental ballistic missile.

Trump’s remarks on North Korea came toward the end of a 30-minute speech in his first press dinner since taking office 13 months ago. Gridiron Club members don wigs and costumes to perform satirical skits skewering the president and Washington political class, a tradition dating back to 1885.

Presidents typically deliver a humorous speech at the event and do not disclose new policy initiatives. Trump rattled off a series of jokes that got plenty of laughs, skewering members of his own Cabinet like Treasury Secretary Steve Mnuchin and Attorney General Jeff Sessions and his son-in-law Jared Kushner, who were all present in the Washington hotel ballroom. 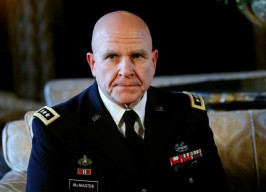 Does Pakistan want to be another North Korea? US NSA McMaster 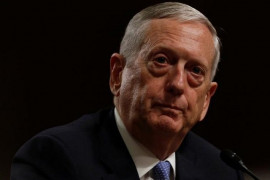 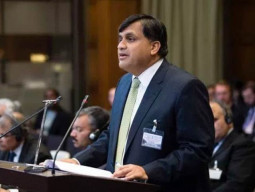