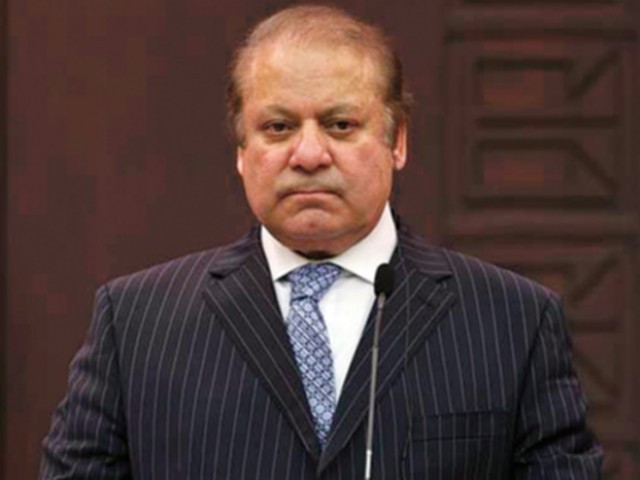 When nature pulls one on Nawaz Sharif, he resorts to two manoeuvres that often backfire. One is his opposition to abolish Articles 62 & 63 during the preparation of the 18th Amendment, and the other is his refusal to accept the opposition’s demand for parliament to investigate the Panama scandal — because he thought he was too big to be investigated by the bicameral house.

However, right after his ouster, Nawaz made a volte-face and suddenly turned into a democrat.

As soon as any court ruling is made against Nawaz, social media sites are aflame with PML-N sympathisers engaging in debates to persuade pro-democracy supporters into siding with the former premier, adjudging it comme il faut, against what they perceive as an insult to vote. Forget the past and move on, they shout out loud.

Even if one sympathises with Nawaz on what grounds should they? Is Nawaz’s tirade against state institutions a battle cry for democracy?

Though the PML-N mandate continues to sail through the constitutional tenure, Nawaz Sharif goes into the electoral campaign as a man-at-arms, doing an impression of a rebel-like opposition leader. He laments that had he remained in government, things would be different — as if currently, it’s the aliens ruling in his name who ousted his entire party and usurped his mandate.

He speaks of regaining the lost respect for democracy, restoring the supremacy of parliament, and of sanctity of the people’s vote. But all that is in self-contradiction.

Nawaz a day before his disqualification and a day after it are two repugnant extremes. Was it not a democracy when he put on a black coat, proudly marched towards the Supreme Court that now he is ultra-critical of, to get an elected PM disqualified on his petition? Was it not a democracy when he resorted to political victimisation of the political rivals right after assuming the office in 2013?

Lest we forget that Nawaz Sharif as PM hardly attended any sessions of the same parliament he wants to be defended in the name of. Was parliament not being undermined when he would avoid taking it in confidence even on a major national security issues? Or when he would lie while standing before the most sacred of state institutions via the money trail? Such was his respect for parliament that, at one point, opposition senators had to lodge protests to compel him to fulfill his constitutional obligation of attending the Senate session, whilst many parliament sessions would be adjourned owing to the lack of quorum. And the Senate chairman still has to protest the grave delinquency that PML-N ministers evince even after having ‘turned democrats’.

And oh, then comes the sanctity of vote!

Let’s not go into the frenetic days when he was ready to assist Osama bin Laden in toppling a democratic government, run maliciously misogynist campaigns against the first elected woman prime minister of the Muslim world, influence courts to give maximum punishments to his political rivals, or would escape to Jeddah compromising with a dictator — all for the sanctity of vote, of course. But they say, forget the past.

In recent days, where did the respect of vote go when the funds of the smaller provinces were diverted to Punjab, and South Punjab’s to specifically Lahore? The PML-N government still turns its back on the smaller provinces that are compelled to survive on the 7th NFC award of 2009. The federal government is also reluctant to disseminate funds under the Public Sector Development Programme that recently drew ire of the chief minister of Sindh, but the cries fell on deaf ears.

Nawaz seemed interested for the most part in only person-specific legislation. The 18th amendment, a watershed in the constitutional history of Pakistan, was used by him only to pave the way to a third-time premiership. He had reneged on the other critical desiderata like invalidating the PCO judges and the establishment of the Federal Constitutional Court to resolve constitutional issues as assented in the Charter of Democracy.

But for the time being, even if the past is blotted out, the present is selfsame, and it does not merit sympathy either.

The biggest fault in Nawaz’s current narrative is that it is Nawaz-centric. Clearly he never went against the powers that be, until they abandoned him; the narrative comprehends victim rhetoric that presages no reforms, but only his restoration. It is based on a bedrock of deception that requires one to shut his/her eyes to half the show with no dejection and regret of the past blunders, as had there been any, he would have delivered an apology for those like us to ‘move on’.

In the end, it is the people who will serve as the final arbiters. It is for them to decide if the Nawaz narrative qualifies for their vote or not. However, offering nothing for the people, the narrative is nothing but the ploy of a foxy political aspirant who is more interested in enticing voters. It does not serve the common people or guarantee their access to security, health, education and a better living. While the elected government is bent on fuelling institutional crisis, the poor remain disenfranchised. The champion of democracy’s exceptional bravado does not allow him to stand by the marginalised either. His government keeps making concessions to Islamic populism but ignores a peaceful movement as big as the Pashtun long march — besides hindering the Fata-K-P merger to gratify some of his allies.

The campaign thus drops down to mere victimhood with nothing productive for the people or the institutions of democracy.

Nawaz cannot be trusted, given his democratic credentials, because whenever he has had the chance, he brought democracy closer to the edge of a precipice. He is fighting fire with fire and a democratic stance would only serve to denounce the institutional conflict and not up the ante.

A looming threat of isolation