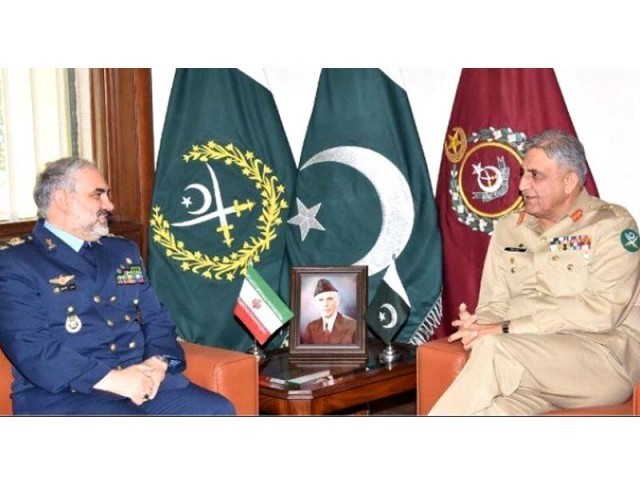 According to the Inter-Services Public Relations (ISPR), the two military commanders discussed matters of professional interests.

The air force commander’s visit came following Iranian Ambassador to Pakistan Mehdi Honardoost who called on General Qamar at the GHQ on February 19.

During the meeting matters of mutual interest and Pak-Iran border management were discussed.