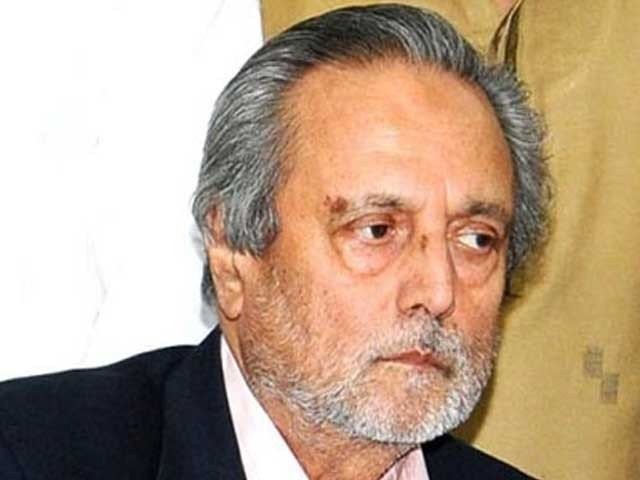 The Chief  Election Commissioner Sardar Muhammad Raza got Justice (retd) Wajihuddin Ahmed, a former Supreme Court judge, to leave the chamber at the ECP office in Islamabad during the hearing of the registration case of the retired judge’s political party Aam Loag Ittehad (ALI).

CEC was supposed to hear the case but since the party representatives reportedly did not arrive on time, the hearing was postponed to a later date.

The postponement prompted Ahmed, who had traveled from Karachi to Islamabad for the hearing, to go to the ECP chief’s chamber and register his protest.

He told the ECP chair he could’ve waited as the ALI representatives were “traveling from Karachi”, to which Raza said the ALI chief was out of line and being impolite in his manners.

“I did not like the way you’ve spoken to me,” Raza said. Ahmed said that since the ECP chief is a public servant, he should be used to things like these.

After a heated exchange of words, Raza ordered the ALI party chief, as well as his counsel, be removed from his chamber, a move that left Ahmed feeling extremely discontent.

“We traveled all the way from Karachi for this hearing. We were placed in the courtroom but the bench upped and left the room at 10:30am only” he said.

“Today is a really disappointing day for ECP. The retired judges working here think they are here to sit and sip on tea only,” the party chief added.

Ahmed then said he will take up the matter in the Supreme Judicial Council for the way the ECP chief behaved with him.

“I felt ridiculed. Raza is not deserving of being a chief election commissioner,” the retired justice said.

“I will never appear in front of the chief election commissioner for my case. This commission is unfit for conducting elections in the country,” Ahmed added.