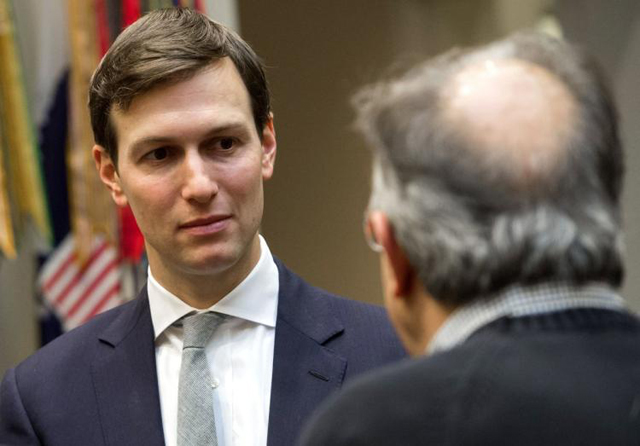 U.S. President Donald Trump’s son-in-law, Jared Kushner, can continue in his role as a senior White House adviser even if he does not obtain a security clearance, the White House said on Tuesday.

Kushner has been operating under a temporary clearance for
the past year while the Federal Bureau of Investigation conducts
a background investigation.

Under an order issued on Friday by White House Chief of Staff John Kelly, Kushner will lose the temporary clearance in less than a week.

White House spokesperson Sarah Sanders told reporters that Kushner will continue the work he has been doing the past year whether he gets a full security clearance or not. He has been trying to get the Israelis and Palestinians back to the negotiating table.

The stage will be set for a tense face-off with US Ambassador Nikki Haley, just weeks after she launched a scathing attack on Abbas and accused him of lacking the courage needed for peace.

Addressing the council for the first time since 2009, Abbas will call for a new collective approach in a bid to salvage the two-state solution to the Israeli-Palestinian conflict, said Palestinian ambassador Riyad Mansour.