‘The same men were behind the attack on Habib Jan’s brothe­r’s estate agency’
By Faraz Khan
Published: May 8, 2011
Tweet Email 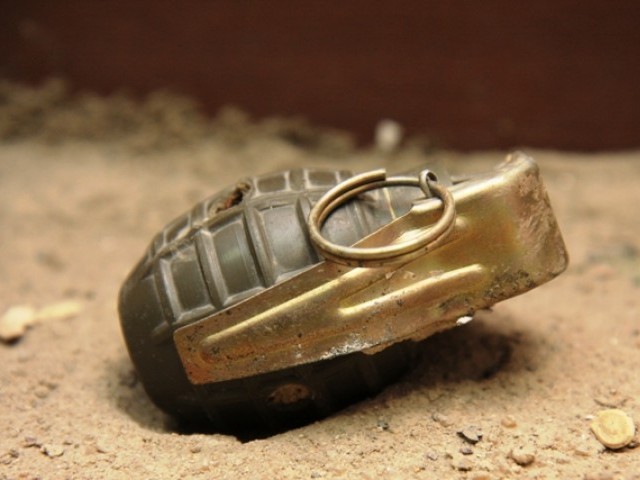 Following the second attack on a gambling den in two weeks, investigators believe that the Arshad Pappu and Ghaffar Zikri gang are behind the hand-grenade attack on Friday.

The gang and their aides, including Pappu’s brothers, are gaining strength day by day, he also warned.

A turf war prevails in the residential area between the two rival groups, Ghaffar Zikri and Baba Ladla, the latter is allegedly associated with the Peoples Amn Committee (PAC).

Meanwhile, the police booked the brothers of Lyari’s prominent gangster Arshad Pappu and two aides for the attack. FIR No. 56/11 was registered under sections 7 of the Anti Terrorism Act, ¾ of explosive act and 302, 324/34 and 427 of the Pakistan Penal Code on the complaint of Sumar alias Aatu. Later, he nominated Arshad Pappu’s two brothers, Bilal and Sher Mohammad alias Shera and two of their unidentified aides in the case. The complainant was also injured in the attack.

SP Baloch said the aim behind these attacks is to create panic among residents. “By these attacks, a day will come when the people of Lyari would feel so insecure that they would demand the elimination of the Peoples Amn Committee (PAC) because the attacks are being carried out due to presence of the PAC in Lyari,” he explained. “They [the Zikri group] may target the border areas of Lyari.” The gambling den was an easy target as there was no PAC picket, said the officer.

Parts of the area remained tense on Saturday following the attack that claimed at least three lives.

Residents were angry about the gambling dens that mushroomed all over Lyari and they demanded the government take action. “There should be a proper check and balance system,” one of the residents, requesting anonymity, told The Express Tribune. “When I went outside my house and visited the area, nearly all the gambling dens in the area were still running, except the one that was attacked on Friday.” The dens in Nayabad, Chakiwara, Kalakot, Shah Abdul Latif Bhittai road, Kalri, Mosa Lane remained open – as if nothing happened.

The resident claimed the authorities had failed in maintaining law and order. “They [the government] can only give statements,” he went to say, insinuating that those at the helm of affairs are helpless. “The police and the defunct Peoples Amn Committee are the only ones who can stop this violence and unrest in Lyari.”

Others feared more attacks. “No one in Lyari has the courage to speak out against the PAC or other such issues,” said another resident, when he was asked why the people do not complain. “We can only speak on anonymity. We know our consequences otherwise.”

The people of Lyari are not affected if gangsters or gamblers are killed. They only fear innocent people losing their lives every time a gunshot is heard.

Sindh Chief Minister Qaim Ali Shah ordered police officials to close all gambling dens across the city and also ordered the arrest of the den’s owners. Policemen involved should also be suspended, he added.