The war may be over, but the Lyari battlefield has just opened up

The war may be over, but the Lyari battlefield has just opened up

PAC may not exist anymor­e, but it did give Lyari a taste of develo­pment that future electi­on candid­ates cannot ignore.
By Saba Imtiaz
Published: April 24, 2011
Tweet Email 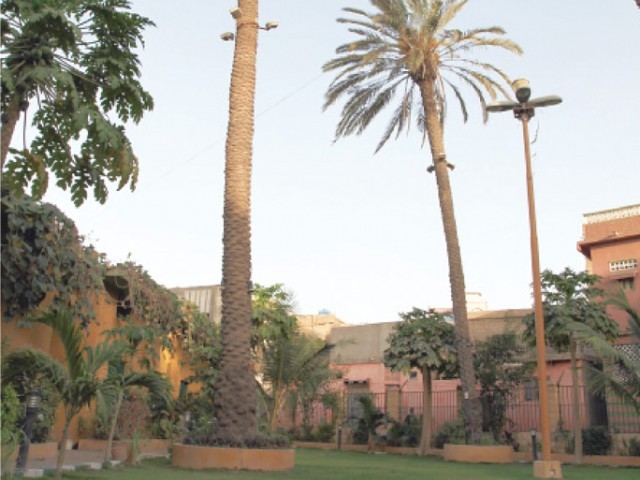 “Zulfiqar Mirza was here [a month or so ago],” says Uzair Baloch, who headed the now defunct Peoples Amn Committee (PAC). “He was amazed at how safe it is here. He said even Defence doesn’t have these many lights.”

The former Sindh home minister’s surprise is understandable. Millions of rupees are being poured into the same streets where a gang war raged a few years ago. Lyari’s floodlit stadiums and parks surpass those of upscale neighbourhoods, and it recently played host to a football match between the Pakistan and Palestine teams.

But not everyone has benefited in Lyari. Scores of residents have fallen prey to the spate of ‘target killings’. Unemployment and education are still lingering wants.

Despite years of neglect by the Pakistan Peoples Party (PPP) and other governments, Lyari remains a Bhutto stronghold, over 40 years after it first swore allegiance to the party’s founder.

Even in the face of intense political pressure, the PPP has kept its ties with the PAC intact. Even though opponents allege that criminal gangs are in charge of Lyari, the real power lies in the hands of whoever develops it and fulfils the elusive promise of ‘roti, kapra aur makan’ (food, clothing and shelter).

Right now, the PPP holds the key to millions of rupees in funding for the area.

“We finally have water in Lyari,” says Uzair, whose marble-tiled home has an indoor swimming pool.

“It is an overpopulated area and is at the tail end of every supply system. We have introduced special schemes for Lyari to meet these demands.”

The Lyari Development Project — focusing on education, health, roads and parks — is worth hundreds of millions of rupees. According to Mirza’s office, at least 70 per cent of the work has been completed. And Rs660 million was allocated for it in the Sindh 2010-2011 budget.

Development here has always been associated with the Bhuttos. Veteran PPP member Habib Jan Baloch points out concrete houses in the neighbourhood. “We did not get a red cent from the House Building Finance Corporation. These houses have been built because most families in Lyari have a relative working in the Gulf. Bhutto saheb gave people these jobs.”

This is seconded by Uzair. “When we become friends with someone, we remain loyal to them,” he says. “Bhutto saheb came to Lyari, and solved our problems. We saw what happened during Musharraf’s regime… Development in Lyari has only happened during PPP governments. Our medical college has opened. There is finally funding for football clubs.”

He believes that development is part of the political game in Lyari. “You control Lyari, you have an entry into the area by the ports,” he explains. “They [opponents] want the money from the Lyari Development Package. In earlier governments, there were projects for Lyari that only existed on paper. People were paid for them!” Schools are being refurbished under the watchful eye of the committee’s men. Other schools have been upgraded with computer labs and well-manicured lawns. At the Gabol Football Stadium, a tournament is in progress. Ex-PAC member Shakeeb Baloch says this is the first time that footballers have received funding. He says Uzair funds several footballers personally. As the teams take a break, a boisterous group of children replace them on the field and start their own match. Lyari is home to 162 football clubs.

Beneath the gloss of grassy parks and newly painted school walls is a sordid history. PAC was formed by Rehman ‘Dakait’, who self-styled himself as Sardar Abdur Rehman Baloch, and was widely alleged to be a notorious criminal. While he died in a police shoot-out in 2009, his shadow still looms large over Lyari, especially in the form of the PAC. Its existence was one of the thorns in the tumultuous relationship between the Muttahida Qaumi Movement (MQM) and the PPP. Mid-March, the PAC announced that it would cease to exist.

PAC’s members insist that they were ‘always’ part of the PPP, wilfully ignoring the reasons why they created a separate group in the first place.

Its opponents describe it as a criminal group. When Mirza publicly owned the PAC, the backlash and pressure from the MQM led the PPP to disband it.

But for all intents and purposes, its power structure is intact. Uzair is still revered by workers, and he cuts a striking figure through his area. PAC’s social projects continue with a new name — the Lyari Resource Centre. However, the MQM continues to press its old allegations that the PAC is involved in target killings, extortion and fuelling the drug and land mafias, all charges they deny.

According to MQM leader Dr Farooq Sattar, PAC workers “went on a vengeance spree” after it was disbanded. “They took their revenge on MQM workers and supporters.”

Target killings continue to take place — on both sides. The night after they decided to end PAC, two men from Lyari were shot dead. “What was their crime?” asks Uzair.

A hand grenade was lobbed at Habib Jan Baloch’s office a few weeks later. A spree of target killings followed, despite Habib Jan’s insistence that they were calming workers down. Hand grenades were found at MQM unit offices.

“This is not even about Zulfiqar Mirza,” comments the MQM’s Sattar. “The president needs to take action. If he does not do so, in the future we may say that he is incompetent and is not able to solve these issues.”

The blame game continues. Uzair openly says the MQM’s “criminal” elements are part of the violence in Karachi.

He answers MQM’s allegations. “Weapons? Who doesn’t have arms in Pakistan? We’re Baloch… carrying arms is part of our tradition. We have licensed weapons. Look at the sophisticated arms that the MQM has. They received consignments which [a high-ranking official] authorises. There are no cases against us, except over personal enmity from the years we battled Haji Lalu and Arshad Pappu’s groups [from the gang war].”

Leaders associated with PAC believe that it has been unfairly associated with violence. A number of theories are presented for attacks such as the neighbouring Shershah scrap market carnage. This one is blamed on the MQM and drug mafioso Haji Lalu’s syndicate, which lives behind the area in Lyari. “Do you realise you’re sitting in Farooq Sattar’s area right now?” Uzair points out with a smile. “This house is in his constituency.”

Sattar’s constituency, NA-249, adjoins Lyari. “Every single shopkeeper is paying extortion money to the PAC,” Sattar said. “We have presented proof to the president. The PAC is involved with other groups and the drug and land mafia. These groups collude with each other and support the Taliban.” He feels that the PAC “cannot defeat the MQM politically” which is why its members use violence.

That the extortion menace exists no one can deny — but who is behind it, is hotly contested.

The Sindh Home Department set up a dedicated helpline for businessmen who wanted to report extortion cases. Sharifuddin Memon, who works as a consultant with the department, says, “We have received cases in which people have named the PAC. However, this does not necessarily mean they are involved. We have also heard of groups using al Qaeda’s name to terrorise families into paying up. Anyone can use someone’s name.

Uzair also alleges that PAC’s name was being used by men to extort money, including, in one case, from a Federal Investigation Agency official.

Memon says that complaints of extortion threats are not restricted to one area such as Lyari.

Reported crimes in Lyari Town are among the lowest in Karachi, as it ranks 15 from the 18 towns, according to Citizens-Police Liaison Committee chief Ahmed Chinoy. He refused to comment on the PAC’s dissolution, terming it a political matter.

It’s a subject Zulfiqar Mirza didn’t shy away from, but he is one of PAC’s few public supporters. Even though the PPP whisked away its backing of the PAC to placate its coalition partner, there was no dimming of love for the ruling party in Lyari.

“The PPP has always supported the people,” Uzair says. “However, there are these representatives who have used the PPP.”

Habib Jan delves into history. “Our grandfathers were part of Ayub Khan’s Muslim League. But when Zulfikar Ali Bhutto came to Lyari, he shouted the slogan of democracy. Our elders decided to join him, and that spirit is in all of us today.”

Despite this historical tie, the people of Lyari are cognizant of the fact that the very people they voted into power have ignored them. They say their MPAs and MNAs, who received tens of thousands of votes, have not given back to their constituency. Shakeeb recalls: “MNA Nabeel Gabol only had one car when he first contested the elections. He sold his car and borrowed Rs200,000 from a cousin for his campaign. We voted him in. Look at where he is now. He has a palatial house in Defence, a number of cars, businesses in Oman. Where did that money come from? It is the money that should have gone to Lyari’s development.”

It was this void that the PAC helped fill. Its success in Lyari has made former PAC workers politically savvy — they understand accountability.

Twenty-four years after he first won a provincial assembly seat from Lyari, thousands took to the streets this January to demand Gabol resign for his alleged neglect of the constituency. Despite their anger at Gabol and their MPAs, they insist they will support the PPP. According to PPP’s Haider, “Every seat is important, but Lyari is more important as it has always netted us votes.”

Benazir Bhutto held her wedding celebrations in Lyari, and won her National Assembly seat in 1988 from the area. Her husband, now the president, was elected an MNA from Lyari two years later. Lyari also has supporters from other political parties, whose candidates receive a few thousand votes. In the 1990s, Mir Murtaza Bhutto fielded a candidate and the PPP admits that it did take away some of their votes.

There is one relatively new group that could threaten the vote bank. Hussain Haroon, Pakistan’s permanent representative to the United Nations, backs the PAC’s rival group, the Katchhi Raabta Committee, which also holds the PAC responsible for crime.

“You must realise,” Habib Jan says, “that the women of Lyari played an important role in the PPP’s support. When Murtaza came back, we wanted to support him. We thought, ‘Bhutto ka waaris Bhutto’, since he was the son and heir. But our mothers said, ‘No, Benazir is the one who made the sacrifices, she is the one we will support’. Murtaza did not get that many votes from here then.” Since then, Lyari’s mothers have lost many of their sons to the gang war, and now, to target killings. Whether they will continue to support the PPP will only come to light in the next elections. For now, as Lyari’s footballers would say, their area has become an even playing field.