Saylani providing meals to 20,000 people daily at hospitals in Quetta

Saylani providing meals to 20,000 people daily at hospitals in Quetta 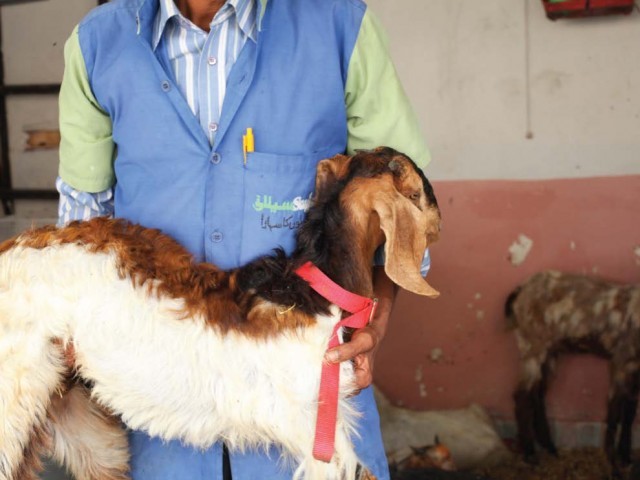 The Saylani Welfare Trust slaughters up to 100 goats a day. Mutton is mostly used by the other charities as well. PHOTO: NEFER SEHGAL/EXPRESS

QUETTA: Saylani Welfare Trust has announced arranging food for 20,000 deprived and needy people on a daily basis in public hospitals of Quetta.

“Hospitals will be given wheelchairs and stretchers to accommodate patients properly while laboratories will also be established soon,” said Saylani Welfare Trust head Arif Lakhani while addressing media-persons at the Quetta Press Club on Monday.

“Since its inception, the trust has rendered quality health and education services to millions of people,” said Lakhani. “Saylani Welfare Trust in Balochistan helped the earthquake and flood victims beyond its capacity.”

He said that Saylani volunteers were serving deprived people in Dubai, Sri Lanka, US and Turkey. “We are proud of providing residential and financial support to the Rohingya Muslims,” he added.

Lakhani said that provision of food in the hospitals of the city would begin soon. “Meals will be provided twice a day and the drive will begin from Bolan Hospital, Quetta where food will be served to 20,000 people,” he added.

He further said that warm clothes were distributed among the needy people and several druggies were provided proper treatment for their addiction.

He urged the provincial government to step forward and facilitate the organisation in serving humanity. He said countless generous donors through their donations have entrusted Saylani Welfare Trust with the task of serving humanity.

“Our greatest mission has been the establishment of institutions in order to ensure long-term services. We have completed our work in Sindh and Punjab and now we are focusing on Balochistan,” Lakhani said.

He said, “Meals for 1.25 million people are prepared daily in Karachi. We will increase our drive of feeding the needy from 20,000 people to much more.”