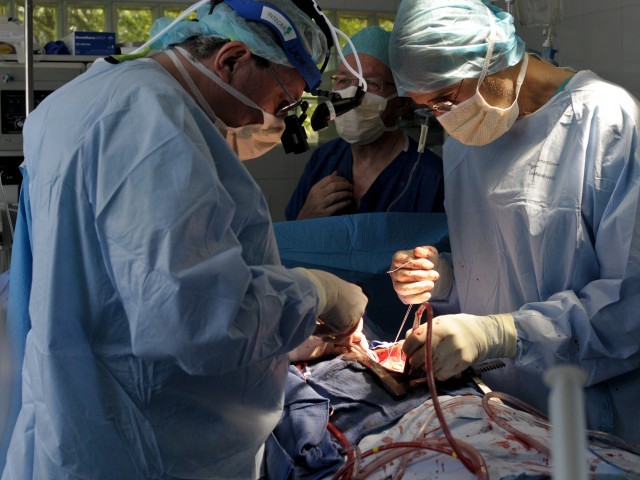 KARACHI: The Aga Khan University Hospital (AKUH) partnered with Critical Mass, Karachi (CMK), a community of cyclists, to launch a special fund for underserved adult cardiology patients with a ‘Ride for a Healthy Heart’ on Sunday.

Over 100 members of CMK participated in the event, cycling from Delawalla in Clifton to the Sports and Rehabilitation Centre at AKU’s Stadium Road campus to raise awareness of the benefits associated with cycling and to support a charitable cause.

Cardiovascular disease, which is often misunderstood as a condition only affecting people of rich countries, is a leading cause of death in Pakistan. Often referred to as lifestyle disease, cardiovascular disease, which is a general term for all diseases relating to the heart and circulation, including coronary heart disease, angina, heart attack, congenital heart disease and stroke, is associated with the growing problems of obesity, unhealthy eating habits, diabetes, high blood pressure, high cholesterol and high levels of tobacco use in the country.

As the cyclists finished their ride at AKUH, they were greeted at the sports centre with a wholesome breakfast. Dr Saulat Fatimi, a cyclist and cardiac surgeon who heads the heart, lungs and vascular service line at AKUH said, “Given the scale of the cardiovascular disease problem, there is an urgent need to reduce the risk of coronary heart disease deaths in Pakistan”.

He noted that over half of the deaths caused by cardiovascular diseases can be prevented by adopting a healthy lifestyle that includes a balanced diet and regular exercise, including cycling or walking.

Ironically, the poorest are often the most vulnerable. Dr Fatimi said that poor communities get all the burden and none of the amenities life has to offer.

NICVD’s cardiac surgeries jump up to 200 per month

The only way to cope with the imminent tidal wave of heart failure patients, he said, is to pay greater attention to preventive efforts and provide a financial safety-net for those who cannot afford treatment.

Dr Aneela Darbar, a member of the executive committee of the Patients’ Behbud Society at AKUH and a cycling enthusiast, commented on AKUH’s efforts to make quality cardiac care accessible for underserved and lower-income communities, saying that good health is not equally distributed as socio-economic status is associated with substantial disparities in health outcomes.

‘Everyone is allowed an opinion but not to manipulate facts’