NICVD's cardiac surgeries jump up to 200 per month

NICVD's cardiac surgeries jump up to 200 per month 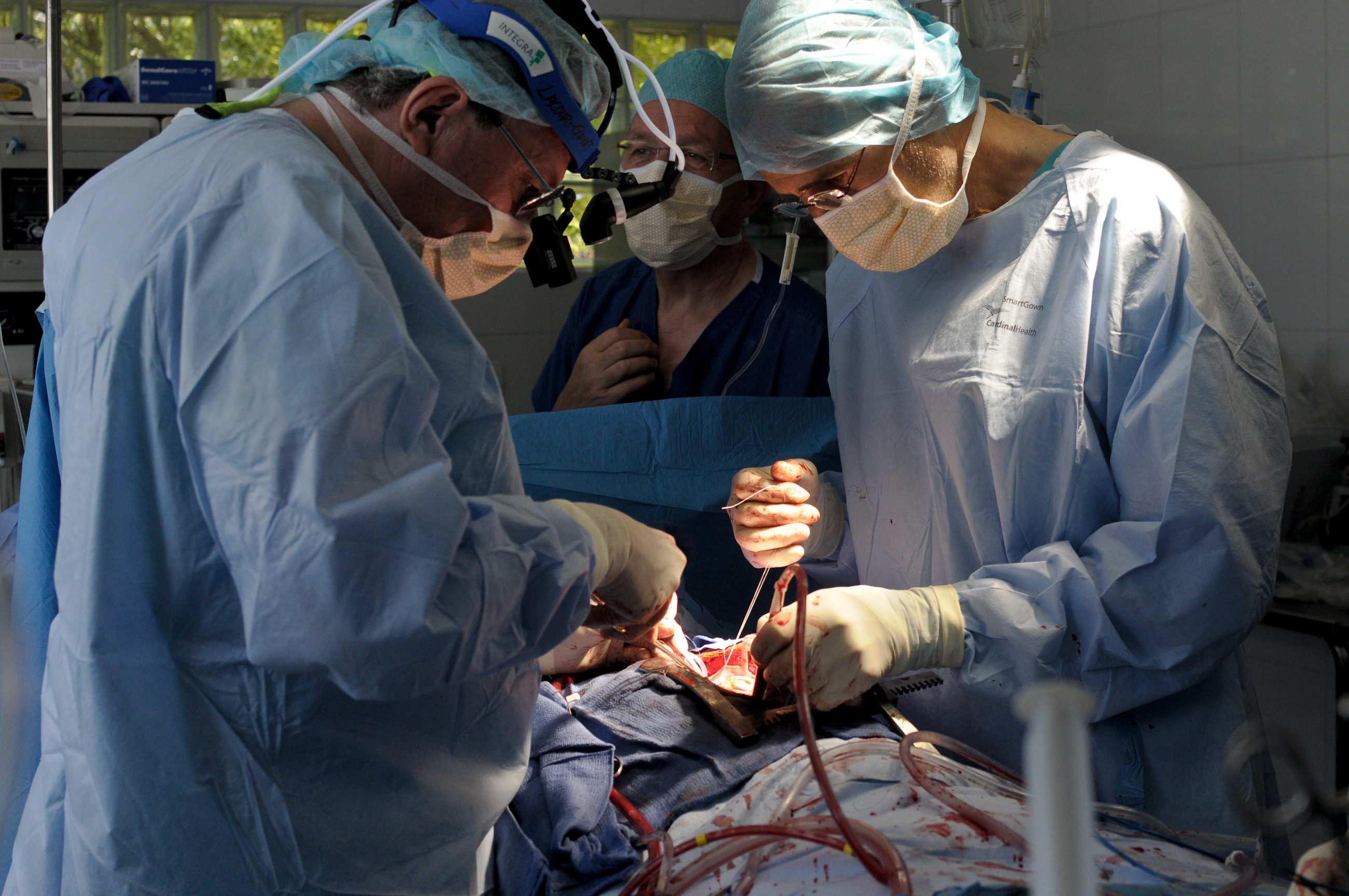 Surgeons perform surgery to close the hole between the heart chambers of a patient. PHOTO: REUTERS

KARACHI: The National Institute of Cardiovascular Diseases (NICVD), Karachi, has performed 9,058 primary angioplasties during the last 30 months, which makes it the largest primary percutaneous coronary intervention centre of the world.

This was stated on Tuesday by health department officials during a meeting at the CM House. The governing body meeting of NICVD was chaired by Chief Minister Murad Ali Shah. Briefing the participants, NICVD Executive Director Dr Nadeem Qamar disclosed that primary angioplasty was started in May, 2015.

Lone surgeon at NICVD in Karachi, as 15,000 children lose life battles every year

“This procedure starts when a patient with acute myocardial infection is taken to the Cath lab (an examination room in a hospital to visualise the arteries and chambers of the heart). The patient’s arteries are opened with coronary angioplasty,” Qamar said.

He told the meeting that cardiac surgeries have jumped up to 200 per month. “We expect to carry on the trend with a target of doing approximately 3,000 surgeries per year,” he said, adding that the target previously stood at 1,300 surgeries. The surgical intensive care unit has been expanded from 20 beds to 34 beds, he said.

A thorn in their side: Court allows NAB to proceed with pending inquiries