Jahangir passed away on Sunday after a cardiac arrest

Asma Jahangir. PHOTO: TWITTER
KARACHI: Condolences pour in from all around Pakistan as the shocking news of Asma Jahangir's death was confirmed. She was a prominent human rights lawyer and the former president of the Supreme Court Bar Association of Pakistan. 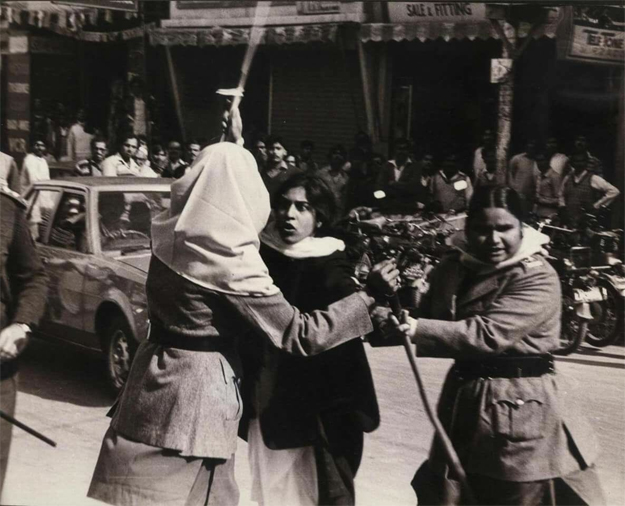 A young Asma Jahangir protesting on the streets. PHOTO: TWITTER

Prime Minister Shahid Khaqan Abbasi has expressed grief and sorrow over the demise of the renowned lawyer.

The PM lauded her immense contributions towards upholding rule of law, democracy and safeguarding human rights. He termed her demise as a great loss for the legal fraternity and has prayed for eternal peace of the departed soul and for the courage of the bereaved family to bear this irreparable loss with fortitude.

Chief Justice of Pakistan, Mian Saqib Nisar, other Honourable Judges and Registrar even expressed deep sorrow and grief on the sad demise of the Asma Jahangir.

Honourable Chief Justice and Honourable Judges praised her services rendered for the cause of independence of the judiciary, rule of law and supremacy of Constitution in the country and said that her services will always be remembered in good words in the judicial history of Pakistan.

She was an outspoken and courageous lady, and had risen to prominence by sheer dint of hard work, diligence and commitment to the legal profession.

They prayed to Almighty Allah to shower His blessings upon the departed soul and to give patience to the bereaved family members to bear this irreparable loss with equanimity.

The president expressed condolences over the demise of the renowned lawyer, Asma Jahangir and recognized her for the supremacy of law and consolidation of democracy.

Mr. Zardari stated deep grief and sorrow over the passing of the famous lawyer and human rights Activist, Asma Jahangir. He said her death is an irreplaceable loss to the country. He further added Ms. Jahangir was a brave woman who struggled for restoration of democracy and constitution who always confronted dictatorship.

CEC Raza has expressed deep condolences over the demise of Human Rights activist and renowned lawyer Asma Jahangir. He has termed her death a national tragedy and said Pakistan lost a brave and fearless woman.

The National Assembly Leader expressed condolences as well as offered obituary prayers for the deceased. He said her services for law and human rights will be remembered for a long time.

They have called the members of the legal fraternity to observe three days of mourning from February 12-14. Lawyers all over Pakistan will not appear in court on these dates. 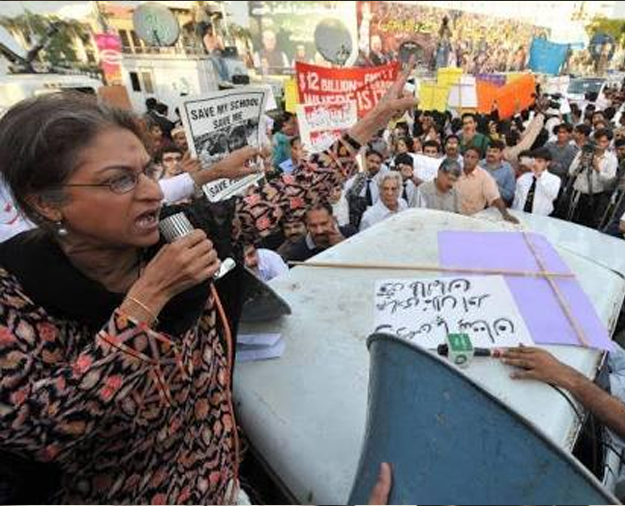 Veteran journalists and politicians along with media personalities and the general public expressed sadness over her sudden death.

Heartbroken that we lost Asma Jahangir - a saviour of democracy and human rights.

I met her a week ago in Oxford. I cannot believe she is no more among us. The best tribute to her is to continue her fight for human rights and democracy. pic.twitter.com/Tf7VOYfvq5

With Asma Jahangir Sahiba’s passing away a very strong voice for the weak in our society has gone silent. Her death is a blow to human rights and democracy in our country. May she rest in peace.

Shocked & deeply saddened to hear of Asma Jehangir's sudden death. It is an irreparable loss. May she rest in eternal peace. Ameen.

Deeply saddened by the news of sudden demise of renowned lawyer and human rights activist Asma Jahangir sahiba. Pakistan has lost a passionate champion of human rights and a staunch supporter of democracy. May her soul rest in peace!

.@asma_jahangir What a brave woman.Pakistan poorer without her.People like Asma are anchors of a society.The brave and dedicated daughter of a brave father.After 3 generations of camaraderie between our families,this is a deep personal loss.God bless her soul

Shocked, saddened and heartbroken to have Asma Jehangir leave us. She played such a huge role in my life, both personal and political. Was a guiding light for women and vulnerable people. Pakistan will not be the same without her. I know I won’t. 💔RIPAsma 💔

Shocked to hear @Asma_Jahangir passed away. Huge loss for us, for #Pakistan. She was courageous, fearless, invincible. In absolute disbelief. Please pray for her & her family.

RIP Asma Jahangir. The Subcontinent’s bravest and most “incorrigible” liberal. No one touched by her came without her touch of kindness. Both Pakistan and India are poorer today. pic.twitter.com/IEL3rXbjcS

We lost a strong voice of Pakistan, a human rights activist , a person who struggled till her last breath @Asma_Jahangir
May Allah SWT bless his mercy & forgiveness and rest the departed soul in eternal peace (Ameen) pic.twitter.com/v0eUdVn1Uv

Shocked and saddened to hear Asima Jahangir passed away. Unable to believe she is no more. Her passing is a big loss to Pakistan. I did not see such a courageous lady like Asma Jahangir pic.twitter.com/qctcQz1MFd

Dr #IshratUlEbad Khan has expressed deep giref over the sad demise of #AsmaJahangir due to cardiac arrest.

He prayed for eternal peace of departed soul and grant of courage to bereaved family to bear this loss. pic.twitter.com/NVENbl47wi

A very Sad Day for Pakistan. #QaziWajid and #AsmaJahangir is no more with us. May Allah rest their souls in peace. Ameen.... Sad Sunday 😢 pic.twitter.com/lrTIQopdrk

Huge, huge loss for Pakistan, not only she was a brave lawyer and activist but a co-founder of Human rights commission of Pakistan, fearless fighter, human rights defender left us today #AsmaJahangir #RIP

Asma Jehangir is the most deserving national hero to be honoured with State funeral https://t.co/YuXZGqcgjr

She was the best of us. This country needed her, and she kept answering the call, every time, come hell, high water, patriarchy, dirty politics or anything else they threw at her. Rest in Power, Asma Jehangir. I honestly don't know what we will do without you.

The world esp South Asia loses one of its most powerful voices for human rights https://t.co/dH9J2fueyt

Rights activist and an inspiration to so many of us, #AsmaJahangir's death brings the end to an era. She dared to stand alone in the face of oppression. RIP pic.twitter.com/uS3j2xZuVf

Zaida Parvez | 4 years ago | Reply A helpless person could see her as somebody who would fight on his behalf. Now who will speak up for the missing persons whose families suffer in silence? Who will speak up against the atrocities of the powerful? RIP Asma Bibi, you were a great human being !! Pakistan was lucky to have you.
chandan | 4 years ago | Reply VERY SAD SALAM ASMA JAHANGIR
VIEW MORE COMMENTS
junglee | 4 years ago | Reply Our wonder woman gone. RIP. Gentlemen Bismillah. Finally your lot can sleep in peace.
Mallu | 4 years ago | Reply You should be ashamed of yourself for throwing dirt at a woman who is no more. Even Allah forgives sinners who are you to condemn someone who cannot defend herself anymore. Let Allah be the final JUDGE
only truth is nature | 4 years ago | Reply She was the best person of Pakistan. Brave,outspoken.She helped poor women a lot.
Minhaj | 4 years ago | Reply Shocked to hear Asma Jhangir sudden death. A great loss. She was a brave political activist, lawyer and champion of human right activist. She will always be remembered for her couragious stands on all undemocratic issues in Pakistan. A great loss. Minhaj Usmani
Replying to X
Saved ! Your comment will be displayed after the approval.
Error !
Error! Invalid Email.