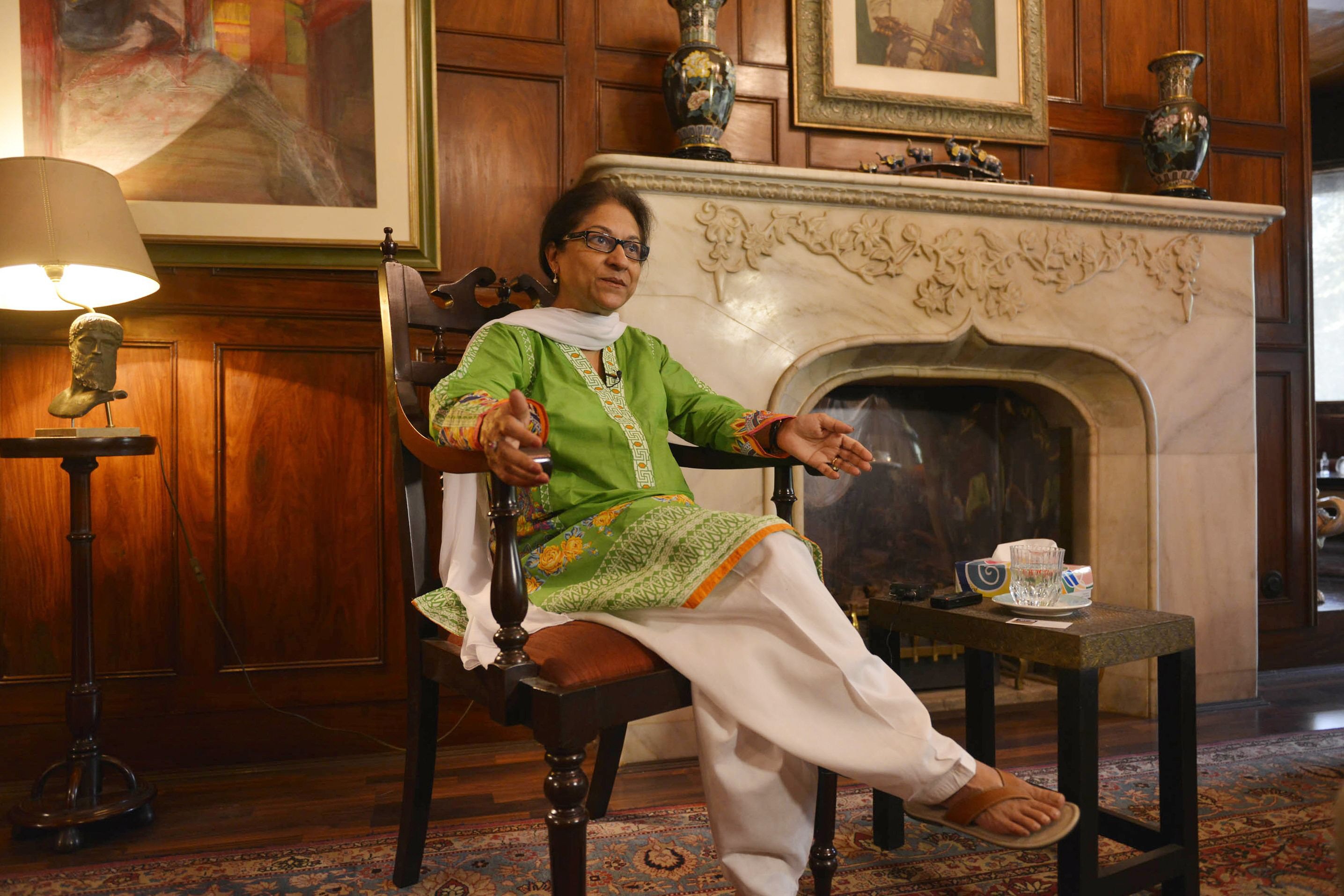 ISLAMABAD: It was the 1990s. A Japanese woman walked into the office of a fearless lawyer named Asma Jahangir. She had come to Pakistan to secure custody of the young son, allegedly abducted by her husband. Jahangir took up her case and won.

But there was a hitch. The woman did not have the money to deposit against a surety bond to secure custody. So Jahangir paid the Rs1.4 million from her own pocket to help her. It was one of the many instances of her going the extra mile for her clients.

That was the Asma Jahangir that many lawyers remember.

“She contested almost half of her cases without charging a single penny, but very few know this aspect of her career because she never wanted to publicise her efforts for needy and deserving clients,” says Advocate on Record Chaudhry Akhtar Ali, who filed cases on her behalf in the Supreme Court for last four decades.

Akhtar said she filed dozens of missing persons cases in the recent past, and did not charge anything for them. We were under instruction that if the families of enforced disappearance victims cannot pay our (AOR) fees, then she (Asma) will cover the cost,” Akhtar further revealed.

“We referred a number of poor litigants to her. She was not only willing to argue their cases but also made arrangements to house them,” he added.

Shahbaz, a clerk who assists Akhtar in the SC, spoke of an incident from two years ago. Jahangir was visiting a jail, where she met a woman who was serving a life sentence for a drug-related conviction.

After the meeting, the rights activist moved an appeal in the apex court against her conviction. Subsequently, the court acquitted the woman.  Later, Jahangir even gave her “substantial financial help” after her release. Shahbaz added that they receive numerous letters every day from prisoners asking for her to contest their cases.

Jahangir had always been known to stand by the underdogs and spoke out and helped them as much as she could. She largely avoided ‘traditional’ high profile cases. Unlike many others, she was unafraid of going against the tide of popular sentiment. Veteran lawyers noted that Asma was a death penalty opponent on principle, and that she always raised voice for democracy and civilian supremacy.

The case, which she could not argue

The Express Tribune has also learnt that she had agreed to contest contempt case against Minister of State Talal Chaudhry, which has been fixed for next week.  She was discussing the case with senior lawyer Azam Nazeer Tarar when she dropped her cell phone. Tarar wasn’t sure what happened and tried to call her back, with no success.

Then someone called and told him that Jahangir was being taken to hospital. She died a little while later.

In bar association politics, she headed the Independent Lawyers Group, which has been in the majority for the last decade largely due to her leadership. Tarar, who is a member of the so-called ‘Asma group’, said that no one can fill the void she has left.

Due to her efforts, the PPP-led government granted a plot in Sector G-5/2 for a lawyers’ hostel. She was actively involved in getting the Rs700 million facility completed. Last Thursday, she presented eloquent arguments before a larger bench hearing a matter related to the interpretation of Article 62 (1) (f) of the constitution. She was opposed to lifelong disqualification under the clause. In her last court appearance on Friday, she appeared on behalf of the Pakistan Broadcasters Association (PBA) in the Axact case.

Along the way, Jahangir had been a strong critic of judicial activism, adjudication of political cases, and overuse of contempt proceedings.

Top jurist Makhdoom Ali Khan told The Express Tribune that Jahangir was in a class of her own. “She thought and acted across party lines. From MQM to Haqiqi, to PPP to PML N, she always stood by the underdog and spoke out and helped them as much as she could.”

In a country “where people think twice before speaking for marginalised groups, and often they don’t speak out at all, she risked her life and liberty and that of those near and dear to her to speak out for victims of domestic violence, religious persecution, political oppression and draconian laws. And it was never for personal gain. Always to keep the flame of liberty burning and further the cause of freedom.” Khan, who had known Jahangir since 1983, added that the country needs many more like her.

Lunch with Asma Jahangir: A critique of Pakistani liberalism

Another renowned lawyer, Khawaja Haris, said, “We have not only lost a great human rights activist, the most vocal and  courageous critic of dictatorships and the establishment, the most popular and successful leader of the lawyers community, and the emblem and torch-bearer of women’s rights and freedom, but also a wonderful human being who, despite being so aggressively vocal and earnestly and effectively active against all inequities, exploitation and cruelties perpetrated by the rich and the privileged against the poor and the downtrodden of our society, maintained her dignity and self-respect, and fought all atrocities by resonating reason and lethal logic, whether it be in the streets or in epic battles in court, rather than by hollow slogans and empty verbiage.”

He added that Jahangir was most urbane and well-mannered in her interactions with all and sundry, “carrying no malice, nor deceit, nor ulterior motives, rather speaking the plain truth as she saw it, and having the courage of conviction to say so without mincing her words.” She was untrammeled by any negative emotion or selfish desire, he added.

Attorney General for Pakistan Ashtar Ausaf Ali said Jahangir was not only a great social worker and a human rights activist, but also a great human being. “She was affable; a good listener and a fiery orator, but also a pithy writer.”  He said she “had enviable qualities of head and heart. She stood out and made a place for herself in a man’s world. She was a thorough professional and made a mark as a fine lawyer and human rights advocate.”

He reiterated that “Asma was fearless and cared little about her health or security when it came to defending” the cause of the needy.

“Her talent was recognised the world over. She served as UN rapporteur and was an icon in the international circuit. Asma was a bar leader to be reckoned and was respected by the bench and bar. She will be missed, as, in her passing, the nation has lost a voice and an opinion,” Ali added.

PTI lawyer Faisal Chaudhry said Jahangir was like the Benazir Bhutto of the legal fraternity.  “One day I complained to her for not calling me back. She said that’s impossible because ‘I get back to every call I miss simply because that there might be someone, especially a woman, who is in trouble and needed me’.”

But it was PBC member Raheel Kamran Sheikh who most succinctly summed up what came to mind when he thought of the late activist-lawyer.