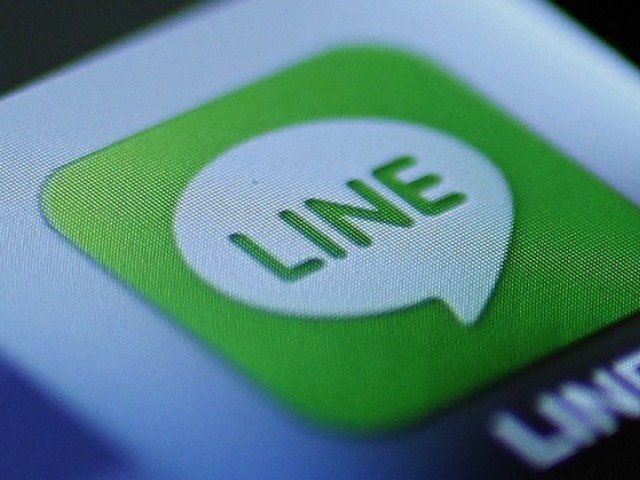 The icon of messaging app "Line" is pictured on an Apple iPhone in this August 14, 2012 file photo illustration taken in Tokyo. Line is a messaging app developed by a subsidiary of Naver.com in Japan to overcome downed communications after the 2011 earthquake and tsunami. PHOTO: REUTERS

Line said its new business would “provide a variety of financial services, including a place to exchange and transact virtual currencies, loans, and insurance.”

The transactions will be made inside the messaging app, which already incorporates a mobile payment system.

Line has a relatively small presence in the US and Europe, but is hugely popular in Japan and several other countries in Asia, where cryptocurrencies like bitcoin are heavily traded.

Line said it had already begun the process of registering its new virtual currency business with Japan’s Financial Services Agency, which regulates cryptocurrency exchanges in the country.

Its shares rose on the announcement, closing up 2.57 per cent.

The loss exceeds even the $480 million stolen in 2014 from another Japanese virtual currency exchange, MtGox.

Japan’s government has slapped Coincheck with an administrative order, and governments around the region and further afield have begun tightening regulations on virtual currency trade.

But cryptocurrencies have remained stubbornly attractive to investors, particularly in Japan where ultra-low interest rates have left few good options for returns on cash.

It combines features from Facebook, Skype and WhatsApp with games and a mobile payment service.