If the target stocks gain 10 per cent, the notes should trade up 30 per cent
By Reuters
Published: January 23, 2018
Tweet Email 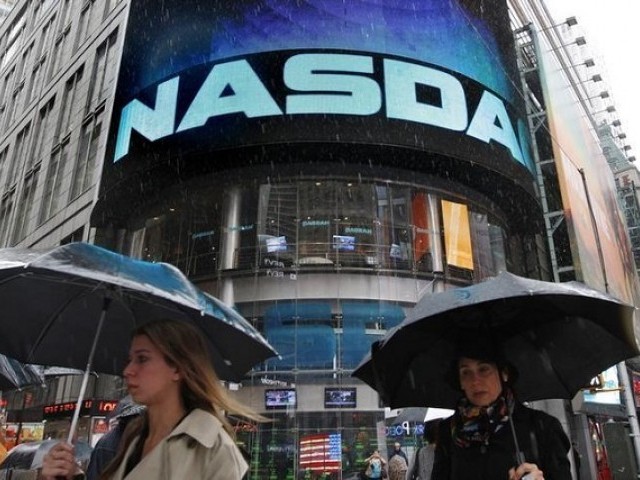 Commuters pass by the NASDAQ Marketsite in New York, May 21, 2012. PHOTO: REUTERS

Investors are getting a high-octane way to bet on or against the stock market’s technology leaders.

If the target stocks gain 10 per cent, the notes should trade up 30 per cent.

If FANG and the other stocks fall by 10 per cent, the notes would gain 30 per cent.

FANG stocks have profited tremendously during the US bull market since the 2007-2009 global financial crisis, and for some investors they have come to symbolize the market’s excesses.

Apple, Alibaba, Baidu, Nvidia, Tesla and Twitter round out the other holdings in the index.

A unit of Intercontinental Exchange developed the index and the notes are also being listed on its NYSE Arca exchange. They did not immediately respond for comment. The note’s issuer, Bank of Montreal also did not respond to a request for comment.

ETNs, like debt, constitute a pledge by an issuer. Payouts are based on the performance of the underlying index, but the notes do not actually own those stocks, unlike most of the ETFs to which they are often compared. The stocks are equally weighted regardless of market capitalization.