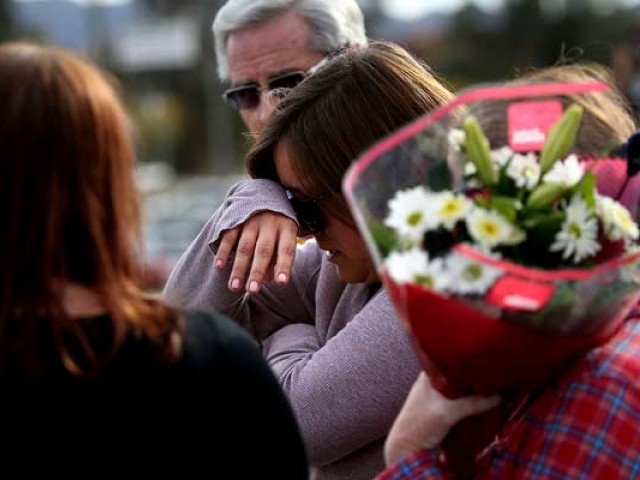 WASHINGTON DC: With 11 shootings so far this year, US schools once again find themselves vulnerable to spasms of gun violence that authorities seem powerless to prevent.

A 15 year-old boy opened fire with a handgun at the start of the school day at a Kentucky high school on Tuesday, killing two students and wounding more than a dozen others.

The day before, a teenager was wounded by a shot fired in her school cafeteria in Texas. Also Monday, a bullet grazed a 14 year-old boy in the parking lot of a New Orleans high school.

Other recent incidents include shots aimed at a school bus in the state of Iowa, and incidents at a school in Seattle and at a southern California campus.

10 killed in US school massacre

The Kentucky incident took place at Marshall County High School in the town of Benton. Fourteen were shot and five suffered other injuries during the shooting, Kentucky State Police said. The dead – a boy and a girl – were both 15 years old.

The suspected shooter was apprehended in a “non-violent” manner, and will be charged as an adult with two counts of murder and multiple counts of attempted murder, officials said.

Such incidents would make headlines in most other developed countries, but in the United States they often get little national attention.

Canadian Prime Minister Justin Trudeau called Kentucky Governor Matt Bevin to deliver personal condolences, but US President Donald Trump has made no mention of the shooting.

“Since January 2013, there have been at least 283 school shootings across the country — which averages out to one school shooting a week,” according to Everytown for Gun Safety, a non-profit group that advocates for gun control.

With each school shooting, an endless debate resumes: should schools be equipped with security gates? Should more teachers carry weapons? And yet everyone seems to know that the outrage will slam into the inaction of lawmakers in the Republican-controlled Congress.

Long-term trends are cause for concern.

An FBI study on “active shooter” incidents between 2000 and 2013 has found “an increasing frequency of incidents annually.”

In 70 per cent of the cases studied, the shootings took place in five minutes or less — making a police response less effective.

In 24 per cent of the cases, the shootings took place in educational environments.

The shooters who open fire inside schools are in most cases, students.

The FBI acknowledges that these are often the deadliest shootings.

Since the 2012 massacre at the Sandy Hook Elementary School in Newton, Connecticut, where 20 children and six adults were shot dead, warning procedures and emergency drills have multiplied at US schools.

The goal is to teach school children how to react to a shooter who opens fire at random, trying to hit as many people as possible.

Kentucky police said that they had recently held such training at Marshall County High School. Without it, the toll could have been worst.

In Davos, firms meditate on quest for mental wellbeing