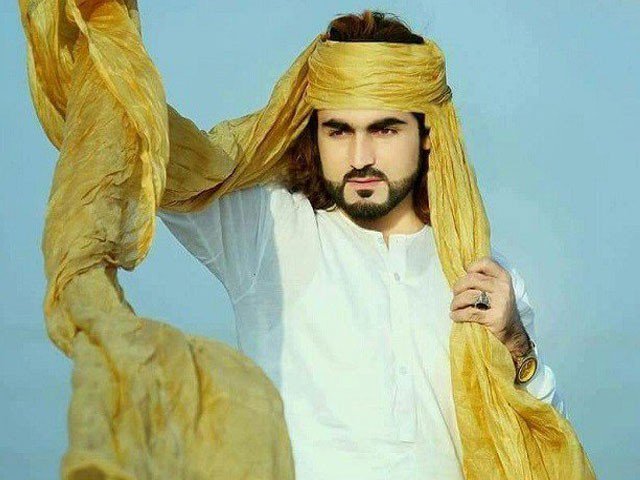 Expressing grave concern over the murder of Naqeebullah Mehsud, the committee said the incident was not an isolated one, as such fake encounters were norm in the port city of Karachi. PHOTO: FACEBOOK

ISLAMABAD: The Senate Functional Committee on Human Rights will meet in Karachi next week to discuss growing incidents of extrajudicial killings in the port city, days after the killing of Naqeebullah Mehsud in a ‘police encounter’.

The meeting would be held in Karachi on January 31, said Senator Nasreen Jalil, the chairperson of the Senate panel on Wednesday.
Expressing grave concern over the murder of Naqeebullah Mehsud, the committee said the incident was not an isolated one, as such fake encounters were norm in the port city of Karachi.

Head of the Senate panel said the committee members apart from holding meeting on the Naqeebullah murder case would also visit the Kot Lakpat Jail and Mardan.

The members also spoke about growing cases of child sexual abuse, particularly in Kasur where seven-year-old Zainab was recently killed before being raped.

Senator Mir Kabir stressed that the authorities concerned needed to take every child abuse case with the same seriousness as happened in Zainab’s incident.

The committee chairperson emphasised the need for educating and creating awareness among the children about the sexual abuse.

Senator Sitara Ayaz drew the committee’s attention towards a similar rape and murder case in Mardan. She said her culprit has yet to be arrested by the Khyber-Pakhtunkhwa police.

Senator Rubina Khalid spoke on the recent incident in Peshawar in which nine people abused a transgender.

“How can we protect transgender when children are not safe in the country?” she questioned.

During the meeting, senior officials of the Council of Islamic Ideology (CII) briefed the committee about the proposed bill for the protection of transgender persons in the country.

Senator Sehr Kamran urged the government to take up the issue of a Pakistani prisoner Zulifkar Ali, who is on death row in Indonesia, with the Indonesian President.

Senator Farhatullah Babar requested the committee to summon both Islamabad police and Taha Siddiqi to know the facts about the failed attempt by unknown people to abduct the journalist.

Shehbaz, others ‘celebrated’ suspect’s arrest while I was deeply grieved: Zainab’s father