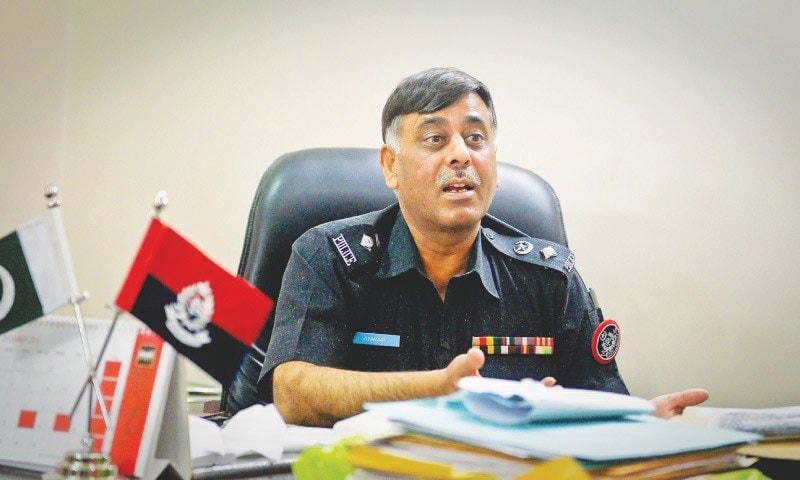 KARACHI: The Sindh Police on Saturday suspended SSP Malir Rao Anwar for his alleged involvement in the ‘extrajudicial’ killing of Naseemullah alias Naqeebullah Mehsud on the recommendation of an inquiry panel that has also asked the government to place the policeman’s name on the exit control list (ECL).

In its initial inquiry report submitted to the Inspector General Police (IGP) in Sindh, the panel said: “The committee is of unanimous opinion that in order to ensure fair and transparent inquiry into the death of Naqeebullah Mehsud, SSP Malir Rao Anwar and SP Investigation-II East Malik Sarwar … be placed under suspension.”

The three-member inquiry committee – headed by the Counter Terrorism Department (CTD) Additional IG Sanaullah Abbasi and comprising DIG Sultan Khawaja and DIG Azad Khan – also recommended that names of Anwar and other policemen involved in the ‘encounter’ be placed on the ECL. 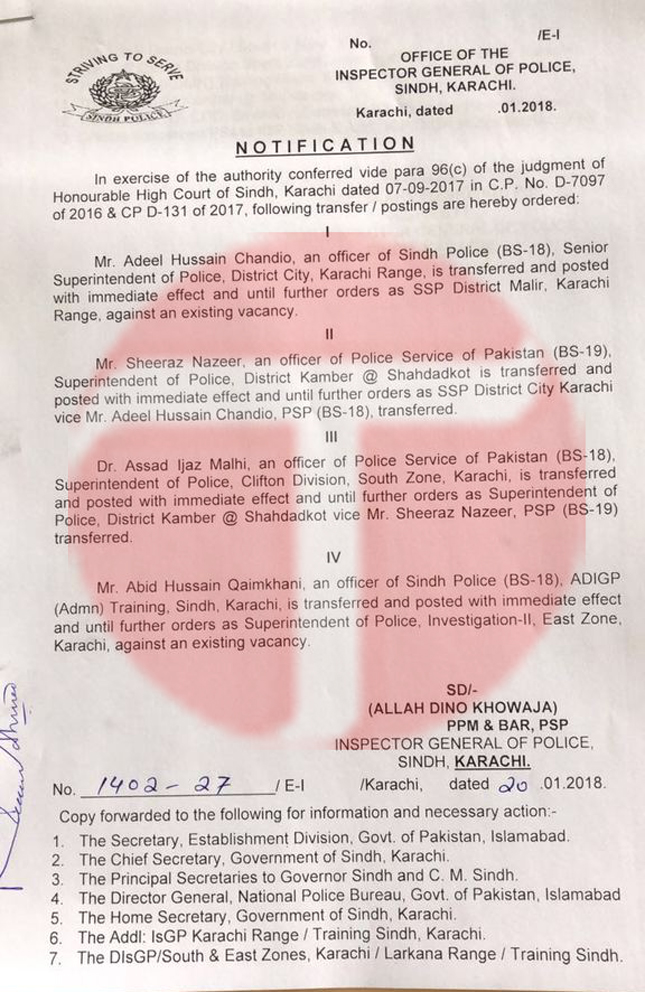 “Both the officers are directed to report to central police office,” said the report, adding that the inquiry committee would finalise investigation of the case strictly on merits and in a professional manner.

Later, the Sindh IGP’s spokesperson issued a statement which said the inquiry committee had been directed to complete the inquiry after examining the heirs of the deceased as well as the police party allegedly involved in it. “[The inquiry panel is directed to] submit the report within five [5] days,” it said.

The Sindh government, meanwhile, appointed Adeel Chandio as SSP Malir. Sources in the police said a murder case would be registered against Rao and other policemen if the encounter proved fake.

“Anwar claimed that Naqeebullah was a terrorist. However, the concerned authorities in Khyber-Pakhtunkhwa have told the inquiry committee that there was no case against him. In this scenario a murder case may be registered against him,” said a senior police official familiar with the development.

Naqeebullah, 27, was reportedly picked up by personnel in civvies from a tea shop at Karachi’s Sohrab Goth area on January 3. Later, the police killed him along with three others after declaring him an operative of the outlawed Tehreek-e-Taliban Pakistan (TTP).

SSP Anwar had claimed that Naqeeb also had links with other militant organisations. However, his murder whipped up a storm and Pakistan Tehreek-e-Insaf chief Imran Khan accused the police official of the young man’s extrajudicial murder. 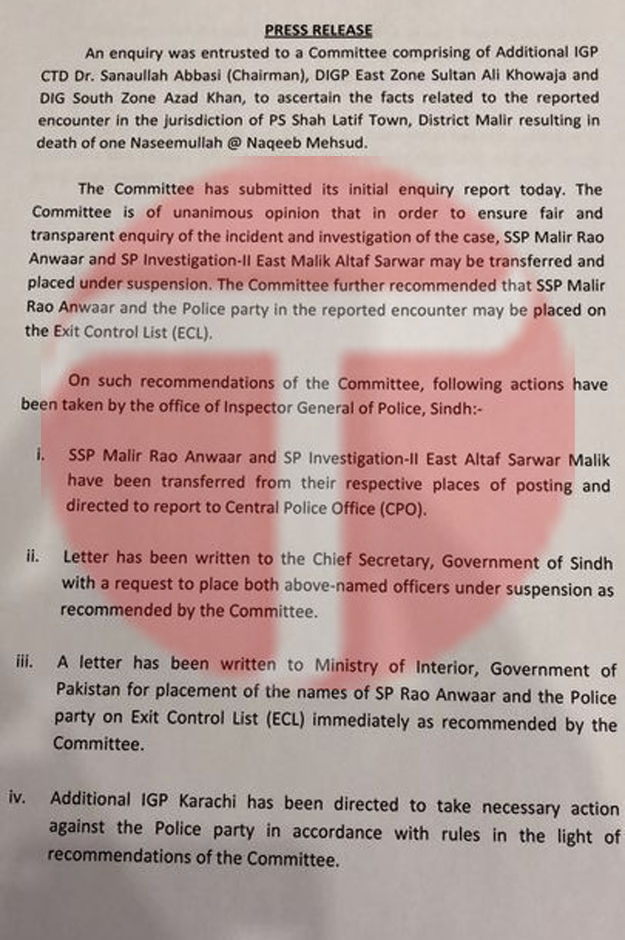 Later, the Sindh government formed the three-man committee for the probe.

Meanwhile, widespread protests were staged against now-suspended SSP and the Chief Justice of Pakistan Mian Saqib Nisar also took notice of the incident, seeking a report from the IGP Sindh within seven days.

Anwar, also called an ‘encounter specialist’, has been working as SSP Malir for last few years and is said to have killed around 250 alleged terrorists in dozens of encounters.

Official sources in Sindh government say that Anwar is close to the Pakistan Peoples Party (PPP) leadership and has always preferred to remain in Karachi’s Malir district.

During his stay in Malir, the courts have served him many contempt notices for not appearing before them and a few inquiries have also been initiated against him, but nothing has been proved against him.

In September 2016, Anwar was suspended on the Sindh CM’s order after he raided the house of MQM’s Khawaja Izharul Hasan, opposition leader in the Sindh Assembly, and arrested him for his alleged links with terrorists.

An inquiry was initiated against him. But after a few months, he was reinstated.