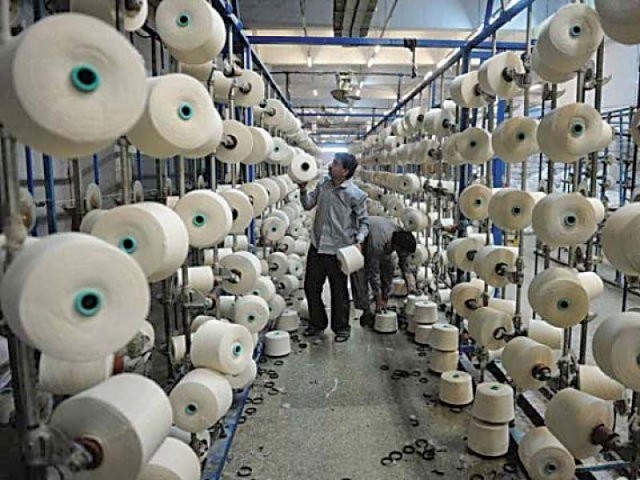 The ECC was informed that 40% of profits would be repatriated to Pakistan after two years whereas the remaining 60% would be reinvested to finance business growth. PHOTO: FILE

ISLAMABAD: United Towel Exporters has voiced hope that its exports to Europe will go up significantly with the expansion of business following acquisition of a 70% stake in the Netherlands-based Vespo Groep BV.

The acquisition of the majority stake in the home textile company would push United Towel’s exports to $13.50 million in 2018, up 221% from the existing $4.2 million, the Finance Division told the cabinet’s Economic Coordination Committee (ECC) in a meeting held on December 29, 2017.

China will never want to ‘damage industry of its special partner’

It highlighted the projection while asking the ECC to allow United Towel to remit 8.425 million euros ($9.39 million) for acquiring the 70% equity in Vespo Groep BV. The State Bank of Pakistan (SBP) had forwarded the company’s request for remitting the money.

Sponsors of United Towel have more than 30 years of experience in value added textile manufacturing and exports of diverse products for the hospitality, health care, home fashion and work wear industries.

Vespo Groep is a textile market leader in designing, producing and supplying products throughout Europe. The group’s expansion to Nordic countries will give a boost to United Towel’s export prospects.

The ECC was informed that 40% of profits would be repatriated to Pakistan after two years whereas the remaining 60% would be reinvested to finance business growth.

The payback period of the proposed investment was expected to be about 13.5 years with the internal rate of return estimated at 26.72%.

The proposed equity investment would be financed from the export proceeds retained in special foreign currency accounts of the company. According to the SBP, textile exporters can keep 10% of their export proceeds in foreign exchange.

The Finance Division recalled that the ECC had decided in 2002 that the central bank should approve overseas investment proposals of up to $5 million whereas investments worth more than $5 million should get the go-ahead from the ECC.

It revealed that the SBP had evaluated the proposal and was seeking permission for remitting $9.39 million on the condition that the company would fund all future foreign remittances from the same account.

The investment was going to the Netherlands’ Vespo Groep BV, which was a strong company in Europe, the meeting was told.

The national food security secretary stated that the investment would be beneficial for the country as a Pakistani company would be introduced in the European market, which would facilitate the company in expanding its business operations and repatriating foreign exchange.

The Economic Affairs Division secretary and the Federal Board of Revenue chairman backed the views of the food security secretary. After detailed discussions, the company was allowed to remit 8.425 million euros.