Ex-SSP Rao Anwar, his police party to be arrested for 'extrajudicial murder'

Ex-SSP Rao Anwar, his police party to be arrested for 'extrajudicial murder' 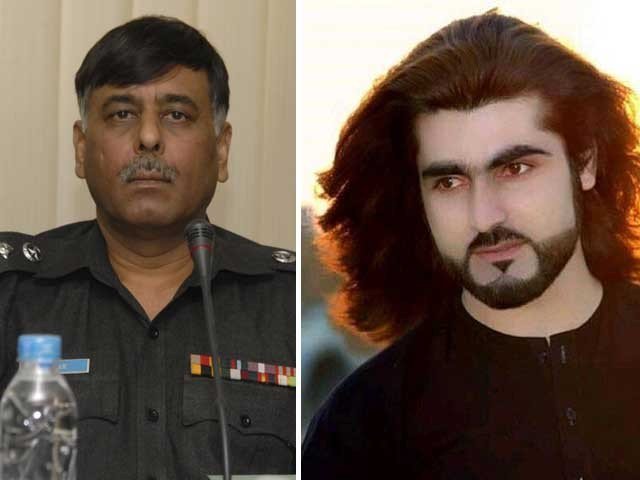 The decision was taken during a high-level meeting of police officials in Karachi on Sunday, headed by Counter-Terrorism Department (CTD) Additional DIG Sanaullah Abbasi, who is also heading a committee formed to probe into the alleged custodial killing, Express News reported.

“The meeting was attended by members of the probe committee and officers of the special branch among other high-level police officials,” sources said.

Anwar, also called an ‘encounter specialist’, had been working as SSP Malir for the last few years and was said to have killed around 250 alleged terrorists in dozens of encounters.

Official sources in the Sindh government said that Anwar was close to the Pakistan Peoples Party (PPP) leadership and had always preferred to remain in Karachi’s Malir district.

During his stay in Malir, courts had served him many contempt notices for not appearing before them and a few inquiries were also  initiated against him, but interestingly nothing was proved against him.

In September 2016, Anwar was suspended on the Sindh chief minister’s order after he raided the house of Muttahida Qaumi Movement (MQM) leader Khawaja Izharul Hasan, opposition leader in the Sindh Assembly, and arrested him for his alleged links with terrorists.

An inquiry was initiated against him. But after a few months, he was reinstated.

However, the Sindh Police on Saturday suspended Anwar for his alleged involvement in the ‘extrajudicial killing’ of Naqeeb on the recommendation of the inquiry panel that had also asked the government to place the policeman’s name on the exit control list (ECL).

Meanwhile, Additional DIG Sanaullah Abbasi has contacted the cousin of Naqeeb and sent police commandos to bring relatives of the victim to Karachi.

During the telephonic conversation on Sunday, DIG Abbasi told Naqeeb’s cousin that Inspector General Police (IGP) Khyber-Pakhtunkhwa has been requested to send the family in police’s blanket security to Karachi.

“We want to meet Naqeeb’s family at the earliest so that they themselves can lodge the case,” he was quoted as saying.

Abbasi said important headway was expected during the next meeting of the committee formed to probe the ‘extrajudicial killing’ of Naqeebullah, adding that his family’s presence in Karachi was necessary in this regard.

In its initial inquiry report submitted to the Inspector General Police (IGP) in Sindh, the panel had said: “The committee is of unanimous opinion that in order to ensure fair and transparent inquiry into the death of Naqeebullah Mehsud, SSP Malir Rao Anwar and SP Investigation-II East Malik Sarwar … be placed under suspension.”

The three-member inquiry committee – headed by Abbasi and comprising DIG Sultan Khawaja and DIG Azad Khan – also recommended that names of Anwar and other policemen involved in the ‘encounter’ be placed on the ECL.

Naqeebullah, 27, was reportedly picked up by poilce personnel in civvies from a tea shop at Karachi’s Sohrab Goth area on January 3. Later, the police killed him along with three others after declaring him an operative of the outlawed Tehreek-e-Taliban Pakistan (TTP).

Ex-SSP Anwar had claimed that Naqeeb also had links with other militant organisations. However, his murder whipped up a storm and Pakistan Tehreek-e-Insaf chief Imran Khan accused the police official of the young man’s extrajudicial murderer.