Pakist­an pavili­on will be opened at the forum for the first time
By Shahbaz Rana
Published: January 21, 2018
Tweet Email 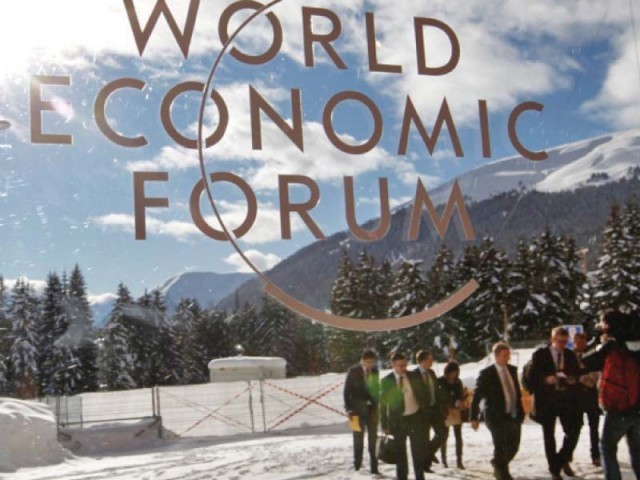 Unlike last year when former prime minister Nawaz Sharif did not address any of the more than 400 sessions at the WEF, Abbasi will speak at the Belt and Road Impact session along with five other panelists. PHOTO: REUTERS

ISLAMABAD: Prime Minister Shahid Khaqan Abbasi will make a “Invest in Pakistan” pitch to a gathering of wealthy business executives and powerful world leaders at the World Economic Forum (WEF) in the Swiss ski resort of Davos next week.

More than three-thousand elite, social activists and media representatives will attend the 48th annual meeting of the WEF, starting Monday.

Pakistan’s presence at the high-profile event will increase this year when for the first time a Pakistan pavilion will be established. A two-day conference on the sidelines will feature discussions, panels and receptions on Pakistan’s economy and gender empowerment.

This year’s theme is “Creating a Shared Future in a Fractured World” amid a wave of protectionism across Europe and the US that has stirred fears among the champions of free world trade.

Indian Prime Minister Narendra Modi will inaugurate the meeting on Tuesday and US President Donald Trump will address the closing ceremony on Friday with his “America First” message, which is in contrast to the theme of the annual gathering.

Tech firms must do more on extremism: World Economic Forum

Unlike last year when former prime minister Nawaz Sharif did not address any of the more than 400 sessions, Abbasi will speak at the Belt and Road Impact session along with five other panelists.

Chan Chun Sing, Minister in the office of Singaporean prime minister, and Jin Liqun, President of Asian Infrastructure Investment Bank, are among the panelists.

On the sidelines, Abbasi is also scheduled to speak about geopolitical changes in South Asia and adjacent regions, and the positive impact of the China-Pakistan Economic Corridor at the Pakistan Breakfast event. It is being organised by the PathFinder Group of Pakistan.

Foreign Minister Khawaja Muhammad Asif, Minister of National Health Services Saira Afzal Tarar, Minister of State for Information Broadcasting Marriyum Aurangzeb and Minister of State for Information Technology Anusha Rahman will accompany the premier. The prime minister will interact with both the government and business leaders, but the focus will be on encouraging the private sector to invest in Pakistan, according to an official of the Prime Minister’s Office.

Abbasi will rub shoulders with powerful politicians, chief executives, central bankers, Wall Street investors and regulators from across the world.

An unprecedented participation is expected from global leaders including 70 heads of state or government and 38 heads of major international organisations as well as the largest ever presence of women leaders, according to the event organisers.

Pakistan’s minister of state for information technology will participate in two sessions at the WEF. She will speak at the “Strategic Geography: Connected Corridors” and on “Protecting the Digital Civic Space”.

Pakistan crawls out of bottom-20 in Global Competitiveness Index

Royals will also grace the gathering including King Abdullah-II and Queen Rania of Jordan. Queen Maxima of the Netherlands and Prince Turki al-Faisal of Saudi Arabia are also attending the event.