Entrep­reneur, who set up cosmet­ics busine­ss, is aiming to expand as well
By Farhan Zaheer
Published: January 21, 2018
Tweet Email 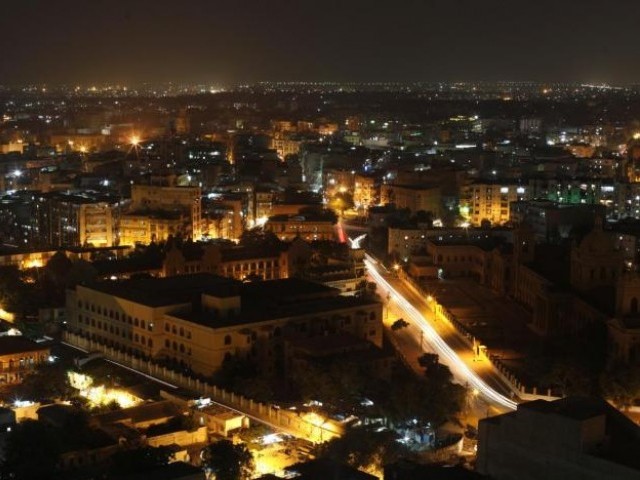 View of city skyline at dusk in Karachi. PHOTO: REUTERS

KARACHI: After the success of a Japanese entrepreneur in Pakistan, other Japanese cosmetic manufacturers are also looking to explore the domestic market for their products.

Exactly a year ago, a Japanese woman from Tokyo set up a small cosmetics business at The Forum, Karachi. Now she is looking to open a showroom in Lahore as well as Islamabad within a year.

“I am in contact with a number of leading Japanese cosmetic companies that want to enter Pakistan’s market,” Makotoya Pakistan CEO Rie Mihara told The Express Tribune. “These companies are upbeat about Pakistan’s growing economy and improving security situation, but they do not know much about its market.”

Behind her successful business venture in Pakistan is a touching story of a volunteer who wanted to help Pakistani people in any possible way. Her connection to Pakistan goes back to 2011 when Japan was hit by a powerful tsunami and she received a helping hand from her Pakistani neighbours in helping the affected Japanese people.

That Pakistani family went out of the way to support tsunami victims to return the favour as Japan also assisted Pakistan in 2005 earthquake and 2010 super floods.

With a deep desire to return the love she received from her Pakistani neighbours, she first came to Pakistan in 2014. Later, after watching harrowing stories of heat wave victims in Karachi’s hospitals, she decided to do something for Pakistan. Since then, Mihara is regularly visiting Pakistan. In 2016 she sold her home in Tokyo and settled in Pakistan for good with her mother.

Currently, apart from working for hygiene education, she is helping Japanese companies in learning about business opportunities in Pakistan.

“We are helping other Japanese companies so that they can also establish businesses in Pakistan,” she commented after her meeting with women entrepreneurs at the Karachi Chamber of Commerce and Industry (KCCI) on Saturday.

Like many Japanese, she was afraid at first to visit Pakistan, let alone starting a business here. However, her interaction with some Pakistanis, first in Japan and then in Pakistan, convinced her to leave Japan where she lived for more than 39 years.

Currently, she employs four Pakistani women in Karachi who help her market Japanese soaps, skin toners, lip glosses and other products. The price range starts from Rs250 and goes up to Rs3,500.

“Our target is to rightly project Pakistan and its growing market,” she added.