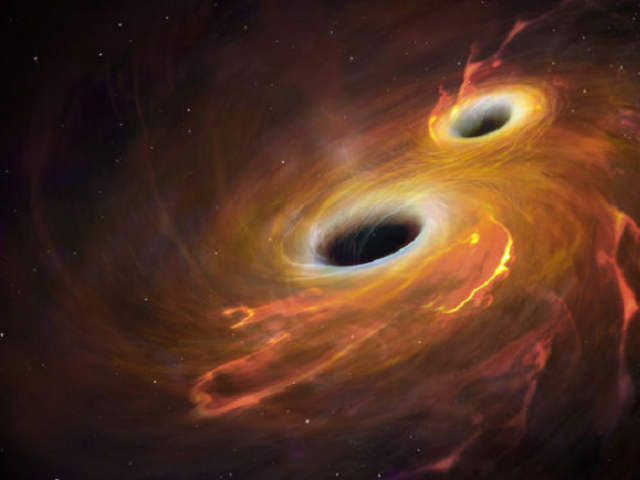 ISLAMABAD: Three students of the space science department at Institute of Space Technology (IST) in Islamabad have received international acclaim for their research on super-massive black holes and galaxy collisions in space.

The contents of the research, already published in a reputed scientific journal as a paper, has also been cited by the academic community- based at leading colleges of the world, like the science departments of Harvard, Columbia and Stony Brook universities.

The findings have been lauded as ‘outstanding’ by experts belonging to the field in question, according to reports.

The research conducted by the students was focused on the rotation of galaxies and the evolution of super-massive black holes in the universe. The students pursued the topic with the help of a supercomputer facility located at Vanderbilt University (VU), United States (US).

By simulating space environments on a computer, they were able to figure out the physics behind colliding galaxies and the merger of their black holes.

Kelly Holley-Bockelmann, Associate Professor at VU and the chairperson of the US Laser Interferometer Space Antenna (LISA) team, was of tremendous help to the students as their external supervisor, and Peter Berczik from the Chinese Academy of Sciences developed the simulation code which was employed in the study.

The research project was supervised by Fazeel Mahmood Khan who holds a Doctor of Philosophy (PhD) in Astrophysics from Max Planck Research School in Heidelberg, Germany.

Talking to The Express Tribune about the significance of the study, Khan stressed that the findings detailed in the research were crucial to calculate ‘event rates’ for missions of the European Space Agency (ESA) designed to detect gravitational waves in space.

“Gravitational waves astronomy has recently been hailed as the scientific breakthrough of 2017. The Nobel Prize in Physics for the year 2017 was awarded for the detection of these waves for the first time by an Earth-based observatory,” Khan noted.

The findings of the research study have also been published in Monthly Notices of Royal Astronomical Society (MNRAS) – a highly reputed impact factor journal of astrophysics based in the United Kingdom (UK).

Muhammad Awais Mirza, the lead author of the research paper, also spoke to The Express Tribune, explaining the purpose of the study.

“We have actually attempted to map the progression of a pair of super-massive black holes located at the heart of galaxies under the influence of the rotation of neighbouring stars,” he said.

Afnan Tahir, who was Mirza’s associate on the study and handled data analysis, also outlined the project findings, saying “Our experiment points out that most super-massive black hole pairs tend to have same sense of rotation as their host galaxy, even if their initial sense of rotation is counter aligned to the host galaxy.”

“On the other hand, we also observed that the central galaxy kinematics is primarily responsible for the characteristic behaviour of the super-massive black holes.”

According to another co-author of the paper, Adnan Mehmood Baig, “The outcome of the study tells us that, as opposed to popular opinion, super-massive black hole pairs are not present right at the galactic centre. We have proved that these exotic objects can fall well outside the centre.”

“This would mean that astronomers may have to point their telescopes away from central regions while targeting the super-massive black holes,” he explained.

Farrukh Chishtie, an expert in the field of astrophysics, has congratulated the young research team for making the country proud.

“I have a strong faith that these outstanding young researchers from Pakistan have the capability to play an effective role in advancing the cause of science along with the international community.”