Spears wants to be frozen after death

Spears wants to be frozen after death

Pop Star Britne­y Spears wants to be frozen after her death so that she could be brough­t back to life when techno­logy...
By IANS
Published: May 25, 2010
Tweet Email 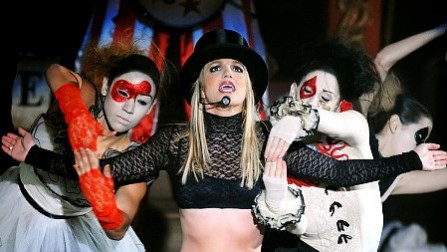 Spears wants to be frozen so she can be revived later on. (AP)

LONDON: Pop Star Britney Spears wants to be frozen after her death so that she could be brought back to life when technology is advanced enough to work it out.

The singer wants her body to be preserved in liquid nitrogen at cryogenic temperature (below -150 degrees Celsius) so that future generations can see her dancing routines if she is revived back to life, reports thesun.co.uk.

The 28-year-old has already started investing in a foundation specialising in cryogenic freezing.

“Britney gets these obsessions and this is the latest. It started when someone told her Walt Disney had been preserved by cryogenics to be revived in the future. That was a myth, but it got her researching the foundation and she became convinced it was worth a shot,” said one of her friends.

“Britney found the whole thing so interesting that she spent most of her Mother’s Day trip to Disneyland researching the subject on the internet,” he added.

Spear’s decision should be welcomed by her growing number of fans, as she recently beat Ashton Kutcher to become the most popular celebrity on the microblogging site Twitter with the highest number of followers.

“This is really amazing! I love you all! I better get busy writing 4,947,608 thank you notes! U guys make me so happy,” Spears wrote on her Twitter page.

The 28-year-old singer has had an account on Twitter since 2008 and was the first member to reach one million supporters.

However, when asked how Kutcher felt about Spears overtaking him, he wrote on his Twitter page, “I don’t care.”