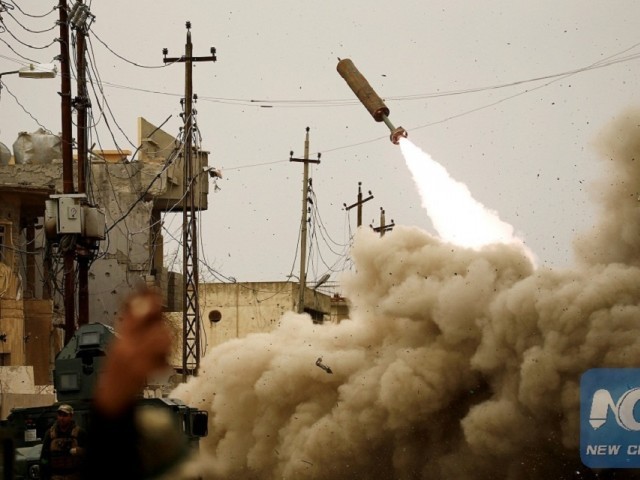 DAMASCUS: Israel carried out several attacks on Syrian military positions before daybreak on Tuesday, the Syrian army said in a statement.

At 2:40am  local time (0040 GMT), Israeli warplanes fired several missiles from inside the Lebanese airspace on the Syrian area of Qutaifa in the countryside of the capital Damascus, said the statement, adding that the Syrian air defenses responded by hitting one of the Israeli warplanes.

At 3:04 am, Israel fired two surface-to-surface missiles from the Israeli-occupied Golan Heights but the Syrian air defenses destroyed them.

Israel renewed attacks at 4:15 a.m. by firing another four missiles from inside Israel, one of them destroyed by the air defenses while the rest landed near a military position in Syria, causing property losses.

The military statement said the new aggression reflects Israel’s support to the terror groups in Syria and its desperate attempt to lift their morals after the “painful blows dealt to the terror groups” by the Syrian army across the country, mainly in the city of Harasta in eastern Damascus, and the northwestern province of Idlib.

Religious parties get more control over Sabbath trading in Israel

The Syrian army warned against the “dangerous repercussions” of the aggression, highlighting the Syrian army’s readiness to confront such attacks while continuing the war on terror groups, which it described as the “terrorist arms of Israel.”

Israel also says it will not tolerate Iranian influence near its border.