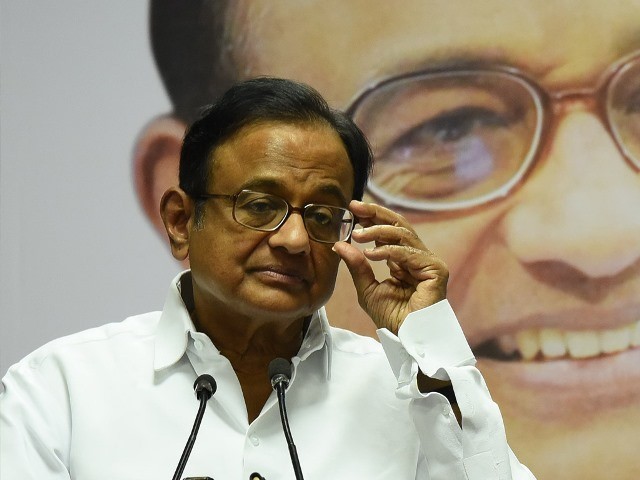 Hitting out at the Narendra Modi government for its handling of violence in occupied Kashmir former Union Home Minister has stirred up a fresh controversy on the issue.

Writing in an Indian national daily, Chidambaram termed the Kashmir issue as “a long-pending dispute concerning accession”, a stand that even his own party, the Congress may dissociate from.

Chidambaram slammed the Centre’s “hard, muscular, militaristic” approach in handling terrorism in the disputed region in a series of tweets, and said the action far from yielding positive results has exacerbated the problem instead.

“It was claimed that the hard, muscular, militaristic approach will put an end to infiltration and militancy. Has it?” he said in a tweet.

Quoting data released by the Ministry of Home Affairs (MHA), he pointed out that the number of civilians and terrorists killed in occupied Kashmir had almost doubled from 28 to 57 and from 110 to 218 from 2014 to 2017, respectively.

The number of security forces killed had also shot up from 47 to 83 in this period.

“Infiltration and militancy are the consequences of the issue. The issue is the long-pending dispute concerning the accession of Kashmir,” Chidambaram said.

Commenting on the appointment of Dineshwar Sharma as the interlocutor for Kashmir, Chidambaram said the initiative was rebuffed by various stakeholders in the valley as a pre-poll gimmick.

“On the eve of the election in Gujarat, the government appointed Dineshwar Sharma as Special Representative, but his mandate was not clear.

“Subsequently, it was indicated that the SR will talk to anyone who was willing to meet him, and therein lies the catch… The way forward is to invite all stakeholders for talks. Unfortunately, the stakeholders have perceived the appointment of the SR as a pre-election gimmick and have totally rebuffed the good fellow,” he tweeted.

The Congress leader said that wisdom lay in actively working towards a political solution to the issues of the disputed region, where movement to attain the right of self-determination has claimed thousands of lives.

Chidambaram said that the Modi government was not keen on finding a solution to Kashmir issue while praising the efforts taken by Vajpayee and Manmohan Singh governments in the past.

He said, “The fault of the present government is that it does not seem to want a solution; it is not making a diligent effort to seek a solution; and by shutting the door on talks with all the stakeholders, it has foreclosed a solution in the near future.”

“The way forward is to invite all stakeholders for talks,” Chidambaram said while demanding dismissal of the Mehbooba Mufti government of Jammu and Kashmir.

“Soldiers and policemen martyred almost daily. Will government explain? When will we stop losing lives?” he demanded in a tweet.

The double-edged criticism came a day after a blast rocked the Sopore district in which four policemen lost their lives.

Chidambaram, a long-time advocate of autonomy in Kashmir, had recently sparked controversy when he’d suggested the question of greater autonomy should be ‘seriously examined’ and it should be considered in which areas it could be granted.