Govt to submit report to SC in compli­ance with its previo­us order
By Our Correspondent
Published: January 7, 2018
Tweet Email 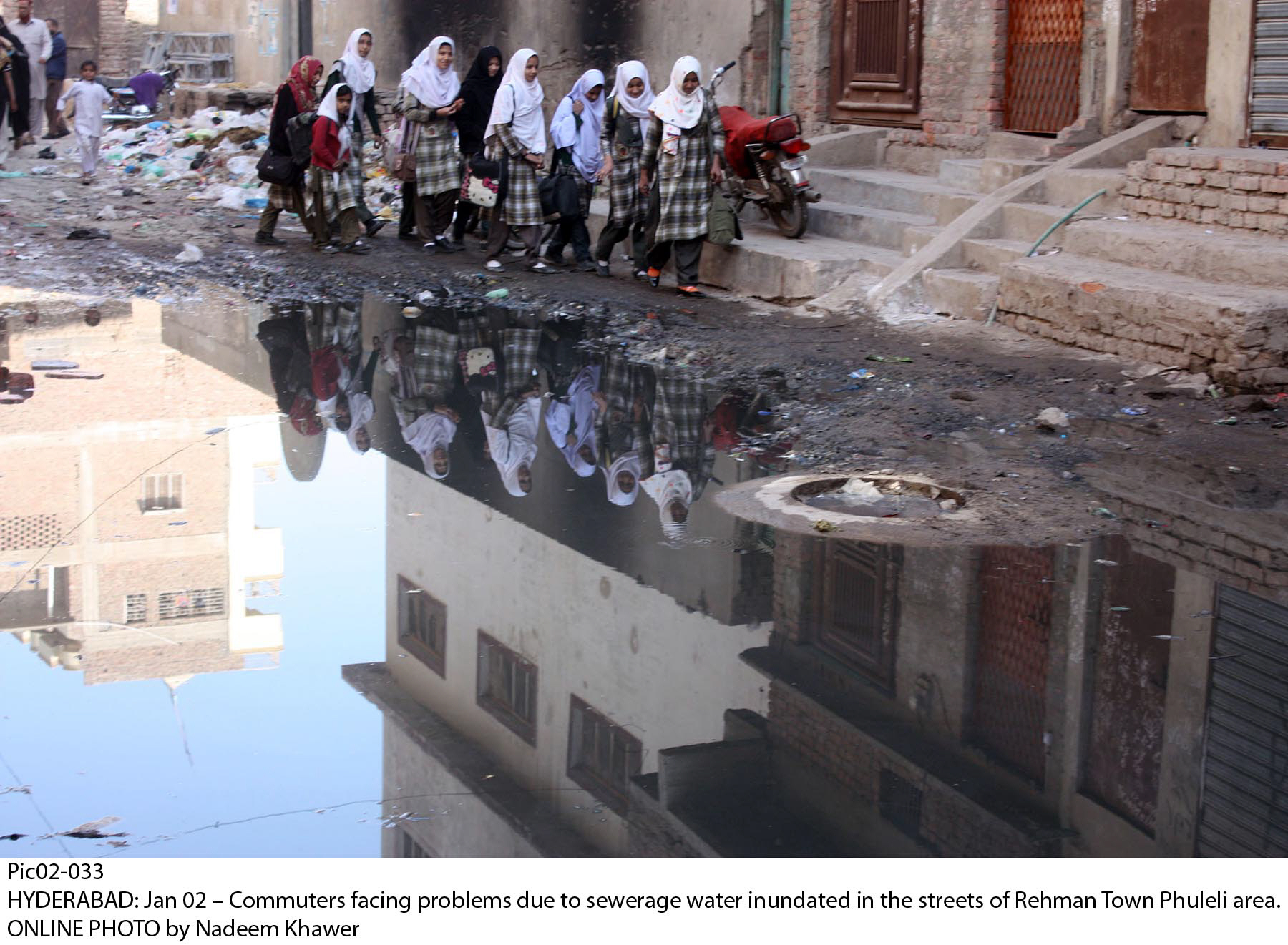 KARACHI: A Sindh Cabinet meeting held on Saturday decided that in compliance with the Supreme Court (SC) order, the government would allocated Rs400 billion for water and sanitation schemes in the province.

At the meeting, chaired by Chief Minister Murad Ali Shah, a report on the provision of clean drinking water and safe environment to the people of Sindh was shared. The report will be submitted to the SC soon.

The 132-page report lists 381 schemes with a total cost of Rs400 billion, some of which include Annual Development Programme water supply and sewerage system schemes.

The report pinpoints where all municipal, hospital and industrial sewage is discharged in sources of clean drinking water. It also includes a summary of hospital waste treatment in all districts as well as industrial effluent treatment. A summary of a proper sewerage system along with treatment plants with proper source of discharge in all districts was listed in the report, as well as district-wise sewerage schemes for rural areas of Sindh.

The report also includes component-wise physical and financial progress of the Greater Karachi Sewerage Plan S-III, details of the five combined effluent treatment plants project, Greater Karachi Bulk Water Supply Scheme, K-IV phase-I of 260MGD and a district-wise report showing the plans with their cut-off date to ensure uncontaminated water for every district according to its population.

“The implementation of the plan will cost around Rs400 billion and it will take a few years to finish this work,” the chief minister said. The report was approved for submission in the SC.

Shah spoke about his appearance before the Chief Justice of Pakistan regarding the water case and said he had briefed him on the efforts being undertaken to improve water and sanitation in the province.

Three days after the federal government turned down the cabinet’s proposed names for the slot of inspector-general of police, the cabinet took up the matter again and sent another three names.

Though the appointment of the IG was not on the cabinet agenda, it was take up as an additional item. Sources in the Sindh government told The Express Tribune that the CM informed the cabinet members about the federal government’s stance on this issue and said, “We had sent three names, but the federal government has again sought a panel of three officers of grade B-22”. Later, the cabinet approved three names, Sardar Abdul Majeed, Arif Nawaz Khan and Maher Khaliq Dad Lak for the new IG.

This development has come to fore following the federal government’s rejection of Sindh’s proposed officers’ list.

“The Sindh Cabinet has referred to the SC decision about junior officers working on senior positions under Own Pay Scale and it wants to remove incumbent IG Allah Dino Khawaja. We have received three proposed names for the post of police chief, but except for Sardar Abdul Majeed Dasti, no other officer on the list meets the criteria,” stated the establishment division. It had raised objections to the Sindh government’s proposed names. “Ghulam Qadir Thebo and Motorway Police Inspector General Kaleem Imam also works on grade 21, so they can’t be appointed on this slot.”

With this note, the establishment division sent 10 different names of senior police officers to the Sindh government and said, “You should select a panel of three from among them.”

In its quest to get rid of IG Khawaja, the Sindh government sent three more names to the Centre. None of the officers are from Sindh. “Dasti belongs to Balochistan and Arif Nawaz Khan and Maher Khaliq Dad Lak hail from Punjab,” said a senior official in the police, adding that the government has sent these names to the establishment division, which will issue a notification within a few days.

Another item taken up in the meeting was shifting of the anti-terrorism courts from Clifton to Central Jail, Karachi. There are 33 ATCs notified by the government, of which 27 are functioning and six are lying vacant.

The cabinet was told that the ATCs working in Clifton, near Bagh-e-Ibne Qasim, are required to be shifted to central jail where a secure building has been construction for Rs240 million.

The CM said it becomes quite difficult to transport terrorists from jail to the courts in Clifton for hearings. This is why the provincial government, on the request of the judiciary, has established ATCs at the jail, he added.

End of an era: Urdu poet Rasa Chughtai passes away