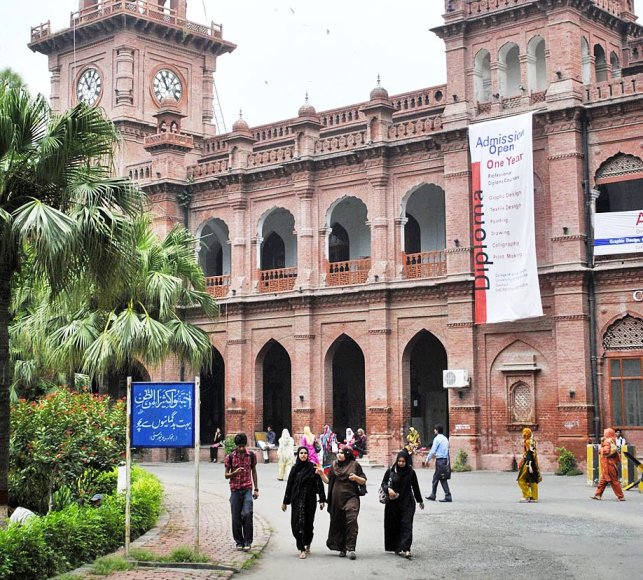 The reason for his resignation is disputed and some said it was alleged pressure by the Punjab government to give land of the varsity to a religio-political party to build a mosque. At the same time, others believed authorities asked him to step down over financial and administrative irregularities.

According to officials of the varsity who saw his resignation, Dr Zafar did not mention any reasons and stated that he stepped down due to personal reasons. Dr Zafar tendered his resignation to Punjab Governor Rafique Rajwana who is also the chancellor of the university.

He started his stint as the provisional vice chancellor on the orders of the Lahore High Court (LHC) on December 28, 2016 and held the position ever since.

Dr Zafar, in a statement to a private TV channel, claimed he resigned due to the increasing pressure of the Punjab government to give two kanals of land of the varsity to the Jamiat Ulema-e-Islam-Fazl (JUI-F). The government had asked for the land to build replace a mosque which was going to be demolished due to the Orange Line Metro Train project.

However, faculty members from the Teachers’ Front, in a statement, refuted Dr Zafar’s claim. They asked if that was the case, why was the topic on the agenda of a syndicate meeting called by him on December 29?

In a joint statement, faculty members said the meeting was only postponed after teachers of the varsity protested against the ‘illegal’ moot.

Punjab Higher Education Minister Syed Raza Ali Gillani had earlier written to the chief minister to probe alleged financial and administrative irregularities by Dr Zafar as well as the latter’s alleged use of chancellor powers without approval. In the 26-point charge-sheet, it was recommended that the Chief Minister’s Inspection Team (CMIT) investigate the irregularities and ask for the removal of the provisional vice chancellor.

Dr Zafar’s resignation drew mixed reactions from the faculty as one group said they stood with the vice chancellor on his stance against handing over land to the Punjab government. On the other hand, another group of teachers called his resignation “good news for the university” as Dr Zafar was embroiled in allegations of corruption and nepotism.

In a statement, the IJT said, “We strongly condemn the Punjab government for grabbing PU land and pressurising the VC.

We, the students of PU, fully support the current VC on taking a stand in front of the Punjab government on this issue and will go to any extent to save university assets and the academic future.”