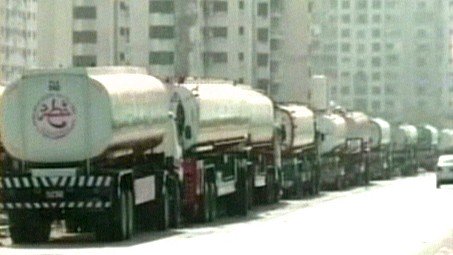 Oil tankers from the Shireen Jinnah Colony in Karachi have still not been moved despite the Supreme Court orders issued five days ago.

Locals of Shireen Jinnah Colony have complained that the oil tankers have not been moved despite the court orders.

A three-member bench, headed by Chief Justice Iftikhar Mohammad Chaudhry had ordered the tankers to be relocated to the KPT plot.

However, the oil tankers association shifted some tankers to the KPT plot and parked the rest along the roadside. 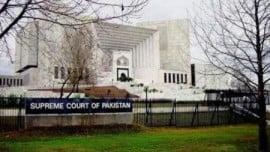 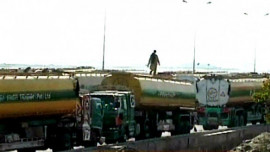 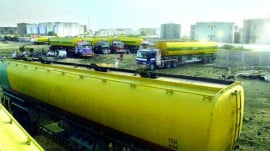 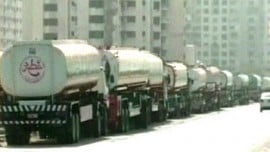 Bilal | 10 years ago | Reply I live In the DHA of Karachi, and experience very low visit of Shireen Jinnah colony. But one thing i would like to share here is that Inspite of the Orders from Supreme court, still the vehicles are parked there,the drivers are addicted of parking their vehicles on the road not only in that particular area but through out the city, you see vehicles parked even in the NO PARKING area. This is due to lack of their personal interest and nobody cares to bother for it. The locals complain but if the traffic police is the concerned authority, they are least bothered because maybe they are not so strong to force the drivers to move the vehicle Or they are so lazy to inquire.
Replying to X
Saved ! Your comment will be displayed after the approval.
Error !
Error! Invalid Email.