Marriy­um says he is trying to act like Shah Rukh Khan and that show will also flop very soon
By APP
Published: January 4, 2018
Tweet Email 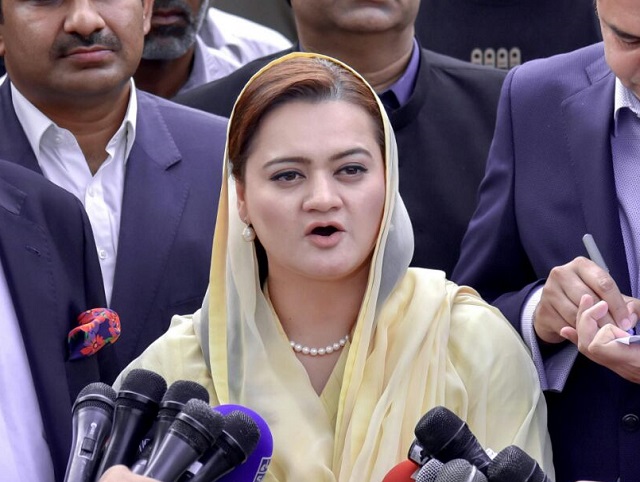 ISLAMABAD: Minister of State for Information, Broadcasting, National History and Literary Heritage Marriyum Aurangzeb has said that those speculating about any deal during Nawaz Sharif’s visit to Saudi Arabia “must see him appear again before the accountability court today”.

Speaking outside the court on Wednesday, the minister lashed out at PTI chief Imran Khan, calling him a failed politician.

She said that the PTI chief forgot to add the word ‘fake’ in his tweet ‘My name is Khan and I am not a terrorist’. If he had done so, it would have improved his content, she added.

Marriyum said that he was trying to act like Shah Rukh Khan and that show would also flop very soon.

She said that the PTI chief should give answers about the attack on parliament and PTV, before raising questions on others.

“Imran Khan should remember that when somebody points an accusing finger at others, he has his three fingers pointing towards him in return,” she said.