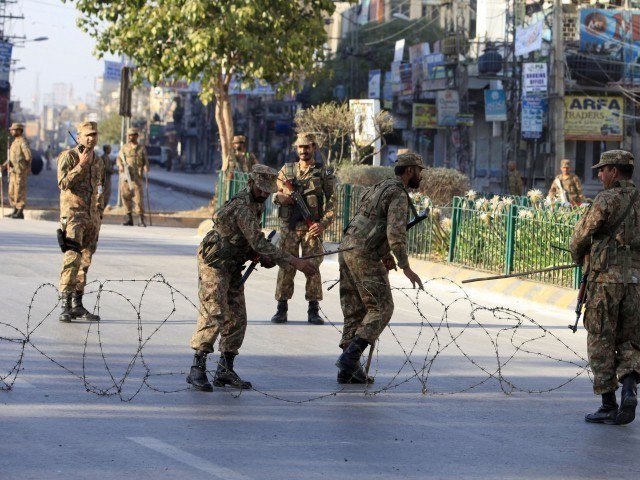 ISLAMABAD: After a recent turn of events which severely affected the performance of Ministry of Interior and its attached departments, security issues continue to be of paramount concern as the year 2017 comes to a close.

Most of the revolutionary steps — in the National Database Registration Authority (Nadra), Federal Investigation Agency (FIA), Passport Office, National Counter Terrorism Authority (Nacta) and other allied departments of the interior ministry — were taken by former interior minister Chaudhry Nisar Ali Khan a while back. After Ahsan Iqbal’s appointment as his successor this year, no new policy or initiative has surfaced. Having the additional task of being head of Ministry of Planning and Development his focus has remained divided in its favour rather than on the Ministry of Interior.

Nadra’s top priority remained gathering the reigns of its internal conflicts, which was obvious in its inadequate performance in other areas. According to some circles, the deputy chairman of the body was the de facto chairman, but after the change in command in the interior ministry, cases against him were brought to light, leading to regrouping within the institution.

The Passport Office DG is presently undergoing training at the National Defence University (NDU), Islamabad while retaining his post at the Passport Office. However, due to official training, his availability at Passport Office is highly limited, which is adversely affecting the work environment and efficiency.

Strengthening Nacta was one of the 20 points of the National Action Plan (NAP), and while its performance remained below the mark and limited in most cases, that did not deter it from releasing statements instead of taking any concrete measures expected from it. The authority could not even effectively implement its own agenda of the registration of madrassas across the country, which was once its top priority.

The NAP which was once seen as the essence of the country’s resistance to combat terrorism is as good as dead and buried. We are only reminded of it nowadays when there’s need for political point scoring. This inefficacy has facilitated a fresh wave of terrorism which left dozens dead in separate acts of violence throughout the country. The NAP implementation’s responsibility had shifted from the Ministry of Interior to the National Security Division in 2016.

Experts on security-related issues believe that since the judiciary decision on Panama papers, the country’s political issues have remained in turmoil, further weakening government authority on several fronts. The approach in the ranks and files of the government in most of the cases this year remained divided.

The recent sit-in of a religious group at Faizabad Interchange exposed the weakness in the country’s fabric and conveyed a negative message to the international community.

Brigadier (retd) Saeed Nazeer Mohmand, said that the implementation of the NAP, in 2017, by and large, remained sluggish and it lacked the political will it had initially when it was launched in 2014 after the Army Public School incident in Peshawar.

He said the implementation of NAP remained below the mark and room to manoeuvre remained restricted for the government in this context. He said the narrative on implementation on NAP was not assertive enough, which has led to a weakening of its impact.

He said internal and external crises had been multiplying the severity of these issues and verdict against the former premier paved the way for further instability in the country.

He said the performance of the Ministry of Interior (after the change in leadership) had affected the entire nation, adding that the former interior minister Chaudhry Nisar Ali Khan was a seasoned and experienced politician who had a decisive stance on several internal issues, while the incumbent interior minister is an intellectual sort of person, who does not assert his stance on many issues.

“In the present circumstances the country needs a person to have a hard-stance to combat the issues that will pull the country out of its crises,” he stated.

According to Brigadier (retd) Mohmand, the federal government seemed paralysed in the face of the situation arising out of the last sit-in at Faizabad. He said the intention of the religious party involved in the sit-in was positive but its method of protest portrayed a depressing image of Pakistan worldwide.

He added that the role of political parties in the opposition remained only that of point scoring and its campaigns against the government were only to better their own political prospects.

The Ministry of Interior opted to act on a pick and choose policy when it came to placing the name of its own people on the Exit and Control List (ECL). It was quick to place the names of PPP leaders such as Dr Asim Hussain, Sharjeel Memon, and others when it was required to, but it could not show the same zeal when it came to placing its own people like Ishaq Dar and others on the ECL.

After the Panama Papers verdict and fresh NAB references against some of PML-N’s leaders, it was expected that the no-fly list of the ministry would feature some additional names, but measures in this regard are yet to see implementation.

In January this year, the case of four bloggers kept the FIA engaged, but nothing concrete has come out of this investigation so far. The case is still pending before the Islamabad High Court.

It also created a lot of controversy when the FIA arrested and interrogated activists from some political parties, including that of PTI, for propagating against the armed forces on social media.  Later on, it also arrested and interrogated the activists of the ruling party which irked former prime minister Nawaz Sharif. Cases investigated by the FIA against MQM founder Altaf Hussain barely got noticed.

What may come out of its investigation against him is yet to see the light of the day. After the passing of the Cyber Crime Act, the Cyber Crime Wing of FIA remained more active in the country in comparison to other sections of the law enforcement agency. The wing started receiving large numbers of complaints after becoming functional.

However, according to some insiders, the facility remained out of order most of the times this year.