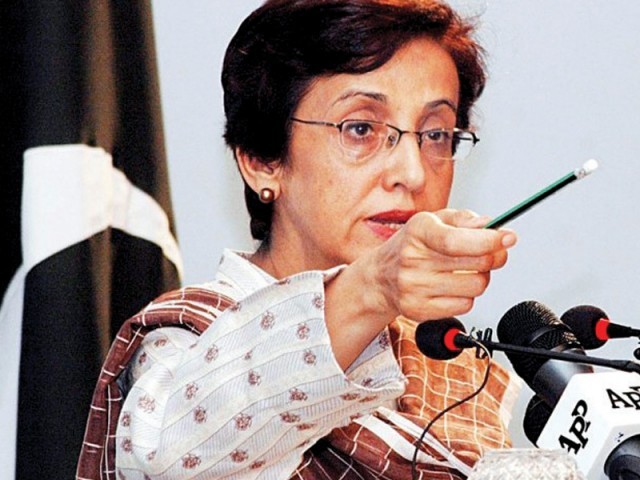 Tehmina Janjua says terrorist sanctuaries are not in Pakistan but in Afghanistan where over 45% land is without any governance. PHOTO: FILE

Making an unannounced trip to Afghanistan, Pence on Thursday alleged Pakistan had provided safe haven to the Taliban and other groups for too long.

Pakistan has much to lose by harbouring ‘criminals and terrorists’: Pence

Janjua shared saying that the US must treat Pakistan and India on equal footing. She remarked that Pence’s comments were worrisome and that Jim Mattis had assured Pakistan of resolving the issue of  Afghan soil being used by terrorists to carry out attacks in Pakistan.

“Those days are over,” Pence said and added that Pakistan had much to gain from partnering with the US, and much to lose by harboring “criminals and terrorists,” he said at Bagram.

Janjua further told the committee that Pakistan adopted a clear position at the United Nations on Palestinian issue especially the US decision to move its embassy to Jerusalem, Radio Pakistan reports.

She also briefed the participants on the visit of the US Secretary of Defence to Pakistan.

She said Pakistan raised the issue of terrorists’ safe havens in Afghanistan and the US side assured to look into the problem.

In the face of blatant US aggression, Pakistan says it will never stop supporting Palestinians