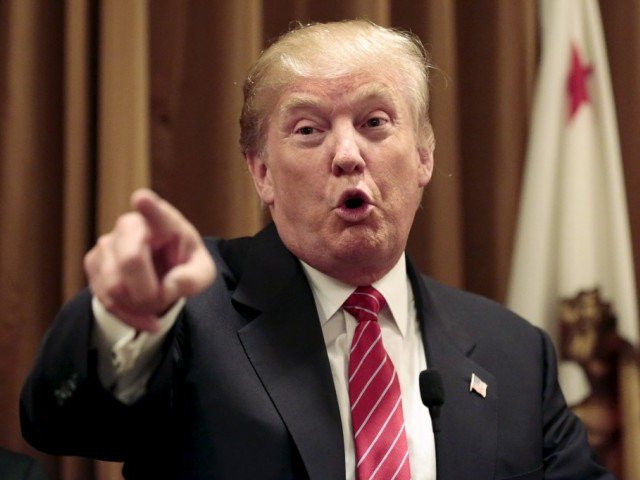 In its first foreign policy, warns the prospect for an Indo-Pak nuclear conflict remains a key concern for Washington. PHOTO: REUTERS

ISLAMABAD: Pakistan on Tuesday rejected the new National Security Strategy announced by President Donald Trump on Monday, accusing Islamabad yet again of not doing enough in the fight against terrorism and warning Islamabad not to engage in “destabilising behaviour”.

The strategy also wants Pakistan to continue demonstrating responsible stewardship of nuclear assets and at the same time warns that the prospect for an Indo-Pak nuclear conflict remains a key concern for Washington.

But the main focus of Trump’s new security policy as far as Pakistan is concerned revolves around the longstanding US demand for decisive action against the alleged hideouts of certain militant outfits, including the Haqqani network.

While announcing the new US approach towards the world, Trump asked Pakistan to take “decisive action” against terrorist groups operating from its soil. “We have made clear to Pakistan that while we desire continued partnership, we must see decisive action against terrorist groups operating on their territory. And we make massive payments every year to Pakistan. They have to help.”

But in a hard-hitting rejoinder, the Foreign Office said on Tuesday the US National Security Strategy made certain “unsubstantiated allegations” towards Pakistan.

“Pakistan rejects such unfounded accusations that belie facts on ground and trivialise Pakistan’s efforts for fighting terrorism and our unmatched sacrifices to promote peace and stability in the region,” a statement said.

Reflecting continued strains in ties between the two countries, the statement insisted that Pakistan had long been at the forefront of the fight against regional and global terrorism. “It is because of Pakistan’s cooperation with the international community, acknowledged and appreciated by the US leadership, that the al-Qaeda core was decimated from the region.”

Hitting back at the US, the Foreign Office said that in a troubled neighbourhood, Pakistan continued to suffer at the hands of state-sponsored terrorism, funded and abetted by its neighbours through proxies. “These proxies, consisting of individuals, organisations and intelligence agencies, are working against Pakistan at the behest of regional adversaries,” it said.

Although the new US strategy called for greater strategic partnership with India, Pakistan pointed out that the self-proclaimed guarantors of peace and phony regional powers were pursuing this nefarious game of expansionism to the detriment of regional and global peace.

“Destabilising policies and actions by some countries to maintain their hegemony in pursuit of absolute power are responsible for instability in several parts of the world, including ours,” it said.

Questioning the US logic of giving greater role to India, the Foreign Office reminded Washington that countries emerged as regional or global powers on the basis of their constructive contributions. “It does not fall upon one country to bestow such status on any state,” it added.

In a clear reference to India, the Foreign Office said ironically, a country with a record of defiance of the United National Security Council (UNSC) resolutions, introduction of nuclear weapons in South Asia and the use of terrorism as a state policy was being projected as a regional leader.

Levelling a counter-charge, the Foreign Office said the Afghan soil, despite substantial US presence, was being constantly used by elements hostile to Pakistan’s stability. “Pakistan’s efforts and sincere proposals for effective border management to prevent cross-border movement of militants and return of Afghan refugees are yet to make any headway. On the other hand, a malicious campaign is under way to undo Pakistan’s achievements in the war against terrorism.”

US sided with India and ignored Pakistan’s sacrifices: NSA

It also stressed that Pakistan had consistently emphasised that a political settlement, owned and led by Afghans, was the only viable option to end the conflict in Afghanistan.

“Thanks to these comprehensive operations, today, Pakistan is a more stable, peaceful and secure country. The success against the menace of terrorism, however, has come at a tremendous cost of blood and treasure, courageously braced by the people of Pakistan.”

“We expect the same commitment from our neighbours and other regional and global actors,” it said. “Pakistan is a country of over 200 million people with strong and robust democratic institutions and highly professional and committed security forces. We also remain committed to protecting our sovereignty, territorial integrity and national interest determined by the people of Pakistan.”

In a wide-ranging speech on Monday, Trump said his security strategy for the first time addressed economic security and would include a complete rebuilding of US infrastructure as well as a wall along the southern US border.

Trump said the United States wanted Pakistan to take a decisive action to help fight extremism, and that Washington had “no choice” but to deal with the challenge posed by North Korea’s nuclear and missile programmes.

Trump said the security strategy would also end mandatory defence spending limits, frequently called “sequester”, but did not mention if he had consulted with members of Congress about a possible bill to end the caps established in 2013 budget legislation.

Trump’s first National Security Strategy – designed to serve as a framework for his administration’s approach to the world – pilloried China and Russia as challengers to US power with their “Cold War mentality” and with an “imperialist character”.

Accusing China of seeking “to displace the United States” in Asia, the strategy is a litany of US grievances, from the Chinese stealing data to spreading “features of its authoritarian system”. “Contrary to our hopes, China expanded its power at the expense of the sovereignty of others.”

Russian nuclear weapons are deemed “the most significant existential threat to the United States”, and the Kremlin is described as a power that “seeks to restore its great power status and establish spheres of influence near its borders”.

Both Beijing and Moscow hit back at the US.

“The imperialist character of this document is obvious, as is the refusal to renounce a unipolar world, an insistent refusal,” Kremlin spokesman Dmitry Peskov told reporters.

And Chinese foreign ministry spokeswoman Hua Chunying said, “We urge the United States to stop intentionally distorting China’s strategic intentions and to abandon outdated notions such as the Cold War mentality and zero-sum game, otherwise it will only harm itself or others.”

(With additional input from Reuters/AFP)