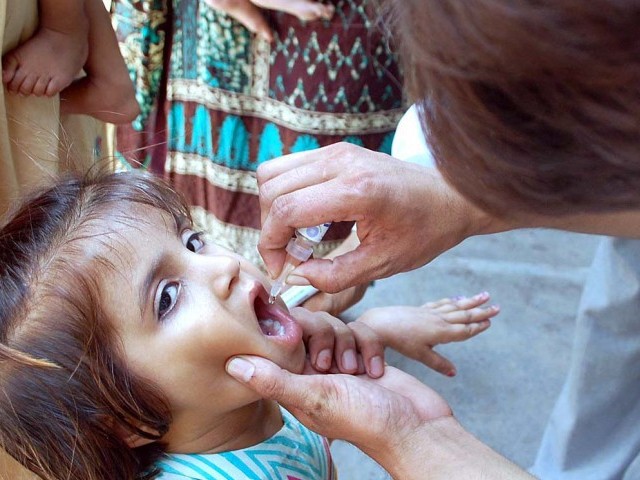 QUETTA: A new polio case was reported in the Gulistan area of Killa Abdullah district where a 16-month-old child was diagnosed with polio virus, pushing the total number of cases to three this year in Balochistan and eight across the country.

According to health department officials, parents of the 16-month-old child had refused to get their child vaccinated against the disease when the polio workers visited their house during the campaign.

“A total of 3,000 parents refused to get their children vaccinated in Balochistan particularly in Pishin, Killa Abdullah and Quetta causing a major hurdle in combating the virus,” health officials said and added that the 16-month child will remain paralysed due to his parents.

Quetta, Pishin and Killa Abdullah were the areas most affected by the polio virus in Balochistan.

Provincial health department along with International donors are carrying out anti-polio campaigns across the province to prevent the spread of the virus.